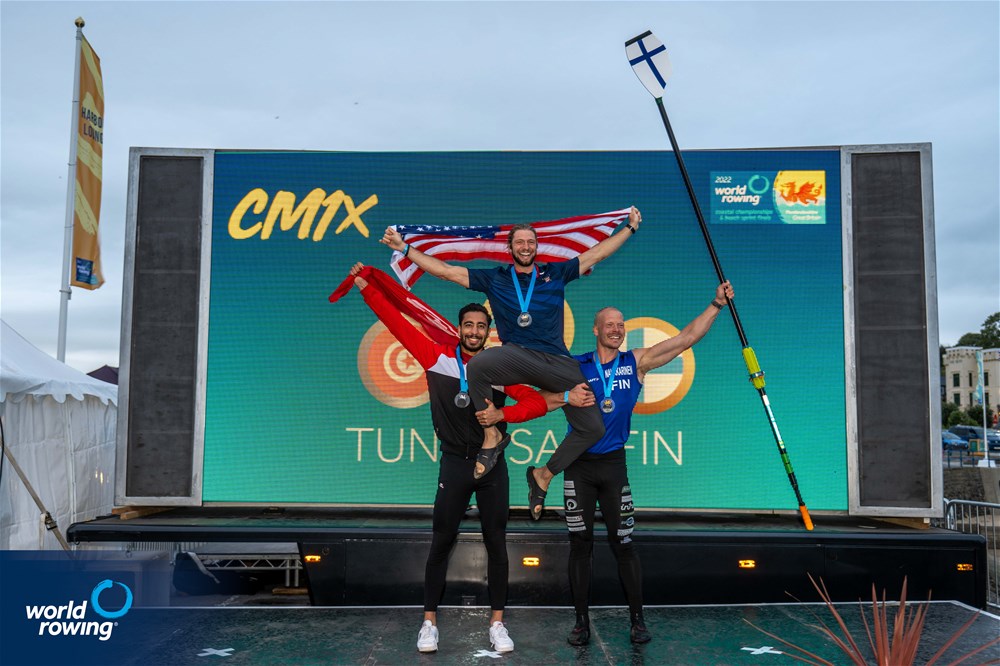 The picture of the NOCs that could be competing in the inaugural Beach Sprint Rowing competition at the ANOC World Beach Games Bali 2023 is beginning to take shape after three qualification events have seen 18 NOCs qualify 30 places.

The 2022 World Rowing Beach Sprint Finals was the first of the qualification events to take place in Saundersfoot, Great Britain on 14-16 October 2022 and saw NOCs qualify 18 places across the three boat classes. The top six finishing at the Finals in the men’s single sculls (CM1x), the women’s single sculls (CW1x) and the Mixed Double Sculls (CMix2x) all qualified a place for their NOCs.

European and African NOCs had an additional chance to qualify at their respective Continental Qualifying events. The 2022 European Rowing Coastal & Beach Sprint Championships took place on 27-30 October in Spain’s San Sebastien while the first African Rowing Beach Sprints Finals took place on 27‐28 October 2022 in Hammamet Sud, Tunisia. The top two finishers in each of the three boat classes at each event qualified for Bali 2023 unless their NOC had already qualified a place via the World Finals, in line with the Qualification System.

As a result, the following NOCs have so far qualified for Bali 2023.

The Quota confirmation process has started for the NOCs that qualified through the World Rowing Beach Sprint Finals with the deadline to confirm their quota being 23rd November.

NOCs have also received the Invitation Places Expression of Interest Form for Beach Sprint Rowing. The form needs to be fill out and returned to development@worldrowing.com and awbg@anocoolympic.org by 30 November 2022, for an NOC to be considered for an Invitation Place.

ANOC, NOC Indonesia and World Sailing today confirmed that the exciting discipline of Wingfoil will be added to ANOC Wor[..]