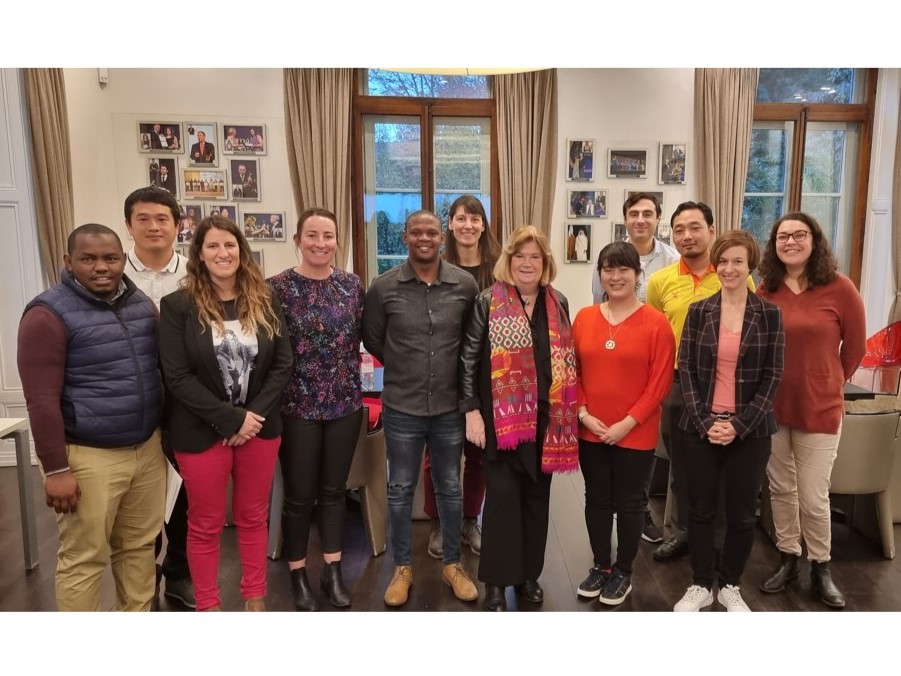 ANOC Secretary General, Ms Gunilla Lindberg, received a group of seven National Olympic Committees representatives on December 7th at the ANOC Office in Lausanne. The NOCs representatives are taking part in the IOC new programme called IOC Immersion Programme which is giving the participants a thorough education during two weeks about the different projects in IOC and the Olympic Movement.

During the two-hour meeting, Ms Lindberg was able to present the ANOC organisation and role as well as the ANOC´s strategic plan including some of ANOC´s main projects such as the ANOC World Beach Games, the Digital Accelerator Programme, the ANOC Awards and ANOC sustainability commitment.

This reinforces ANOC´s mission to facilitate the cooperation and exchange between NOCs as well as to collaborate with all partners of the Olympic Movement.