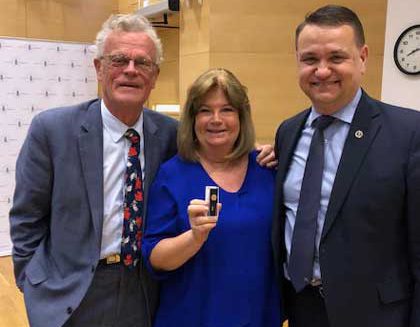 Secretary General Lindberg was given the award by the Swedish Sports Confederations chairman Björn Eriksson and Secretary General Stefan Bergh in recognition of her outstanding contribution to the development of sport.

“I am very honored to get this award” said Lindberg, who was cheered by all federations members of the Swedish Olympic Committee.