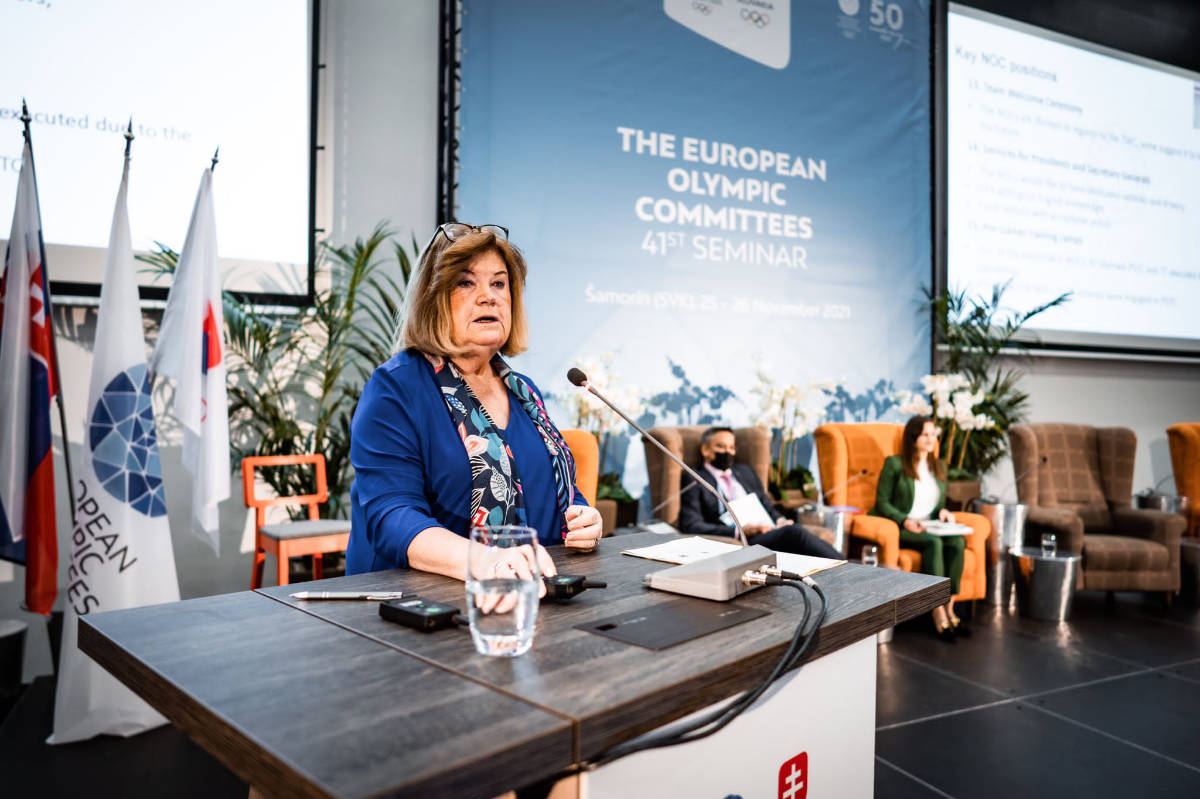 Secretary General Lindberg’s presentation was part of the “Debriefing on Postponed Tokyo 2020 Games” panel, where she was joined by Olympic Games Tokyo International Olympic Committee (IOC) Head of NOC Games Services Toshio Tsurunaga. Secretary General Lindberg noted that a questionnaire was sent by ANOC to all NOCs in September to provide them with the opportunity to share their thoughts on what was successful during the Games and what could be improved upon at future editions. In total, 128 NOCs responded to the questionnaire, including 43 from Europe – the most of any continent. The NOCs that engaged represent 78% of athletes at Tokyo 2020 and 85% of medals distributed.

Valuable feedback was provided by NOCs on a number of topics, including the Games qualification systems, communication with key stakeholders, accreditation processes, COVID-19 countermeasures, Games-time transport, arrival and departures, the Olympic Village, medical services, competition and training venues, anti-doping, and the Opening and Closing Ceremonies. The feedback was then analysed by ANOC and compiled into a detailed report, which ANOC will share with the IOC to integrate into the overall Tokyo 2020 review and debrief. ANOC’s report contains a number of important proposals to the IOC, based on consensus from NOCs on the areas outlined above.

Secretary General Lindberg said, “Gathering feedback from NOCs after an Olympic Games is a critical exercise, as it plays a central role in shaping the improvements that are made at future editions of the Games. I want to say thank you to all NOCs who have contributed to our report – your insights are highly valuable and greatly appreciated. The Games in Tokyo was like nothing we have ever experienced, and everyone involved in ensuring they could take place deserves praise for their patience and perseverance, not least the NOCs. All the feedback we have received has been constructive and we now look forward to sharing the findings and proposals with the IOC, collaborating on the final debrief, and contributing to the implementation of changes in the future.”

There are 43 NOCs in attendance at the Seminar, with the remaining 7 joining online. Secretary General Lindberg, who is an ex-officio member of the EOC Executive Committee (EC), will also take part in the EC meeting in Samorin tomorrow morning.