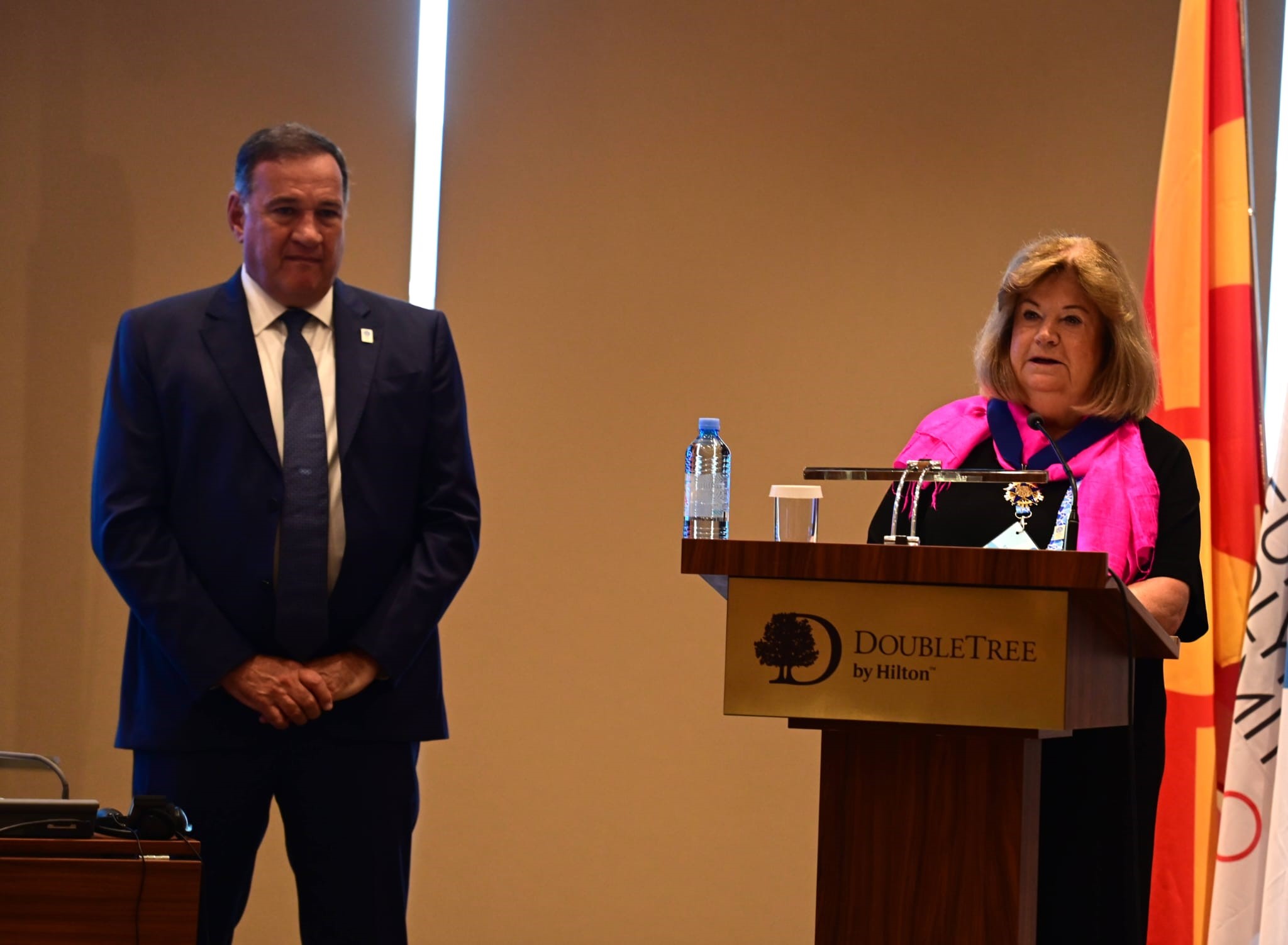 The EOC Order of Merit, which was created in 1995, is the highest recognition of the EOC. It is awarded to individuals who have made outstanding contributions to the Olympic Movement through spreading the Olympic values and promoting cooperation between NOCs.

Ms Lindberg has been a central part of the EOC since 1993, when she was first elected to the organisation’s Executive Committee (ExCo). In 1997 and 2003 Ms Lindberg was re-elected, and since becoming ANOC Secretary General in 2004 she has served as an ex-officio member of the ExCo.

Upon receipt of the EOC Order of Merit, ANOC Secretary General Ms Gunilla Lindberg said, “It is an honour to receive the European Olympic Committees’ highest recognition. The EOC has been a key part of my career and my life for three decades, and I feel very privileged to have had the opportunity to contribute to European sport. I want to thank my colleagues and friends from across the NOC family, who have made my Olympic journey so special. Thank you all!”

Presenting Ms Lindberg with the award, EOC President Mr Spyros Capralos said, “Sports administration has always been your world, first in Sweden and then for more than 30 years on the international stage. Over the years, you have built up a remarkable network of contacts and you have become one of the most experienced and valued Olympic leaders. In recognition of your outstanding contribution to European sport I am delighted to present you with the EOC Order of Merit.”

Ms Lindberg has attended 27 Olympic Games and Olympic Winter Games in various capacities throughout her career, starting in Munich 1972. Her sporting journey began three years earlier in 1969 at the Swedish Olympic Committee. After holding several roles in the NOC, in 1989 she was elected as Secretary General, which is a position she holds to this day. In 1996, Ms Lindberg was elected as an International Olympic Committee (IOC) Member. Four years later she became an IOC Executive Board Member, and in 2004 she became a Vice President. From 2011-2019, Ms Lindberg served her second 8-year term on the IOC Executive Board.

Within the IOC, Ms Lindberg has also served, and continues to serve, as a member of multiple commissions, including as Chair of the Coordination Commission for the Olympic Winter Games PyeongChang 2018. Her contribution to the delivery of the PyeongChang 2018 Games earned her the prestigious title of Citizen of Honour from Gangwon Province, whilst she also received Korea’s second highest state honour in 2019.

ANOC has today joined NOCs around the world in celebrating Olympic Day under the theme Together, For a Peaceful World wh[..]