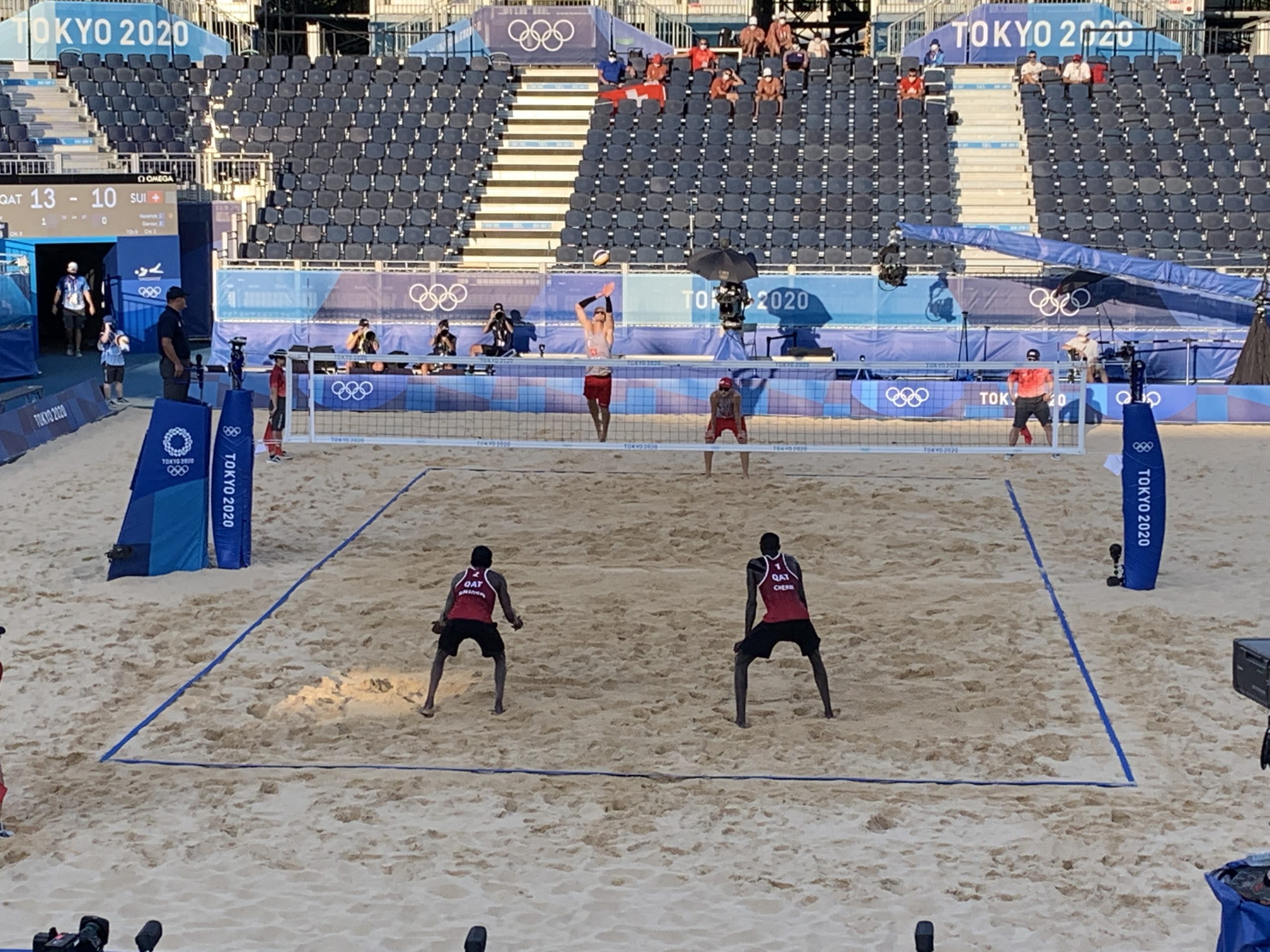 ANOC Secretary General Gunilla Lindberg met with the NOCs of Qatar and France yesterday on day two of the Olympic Games Tokyo 2020.

In the afternoon, Secretary General Lindberg visited the beach volleyball venue to watch the Qatar vs Switzerland match which featured Qatari beach volleyball players who were in Doha for the ANOC World Beach Games and represent a potential Olympic medal hope for the country. While at the venue, she met with Qatar Olympic Committee (QOC) President HE Sheikh Joaan Bin Hamad Al-Thani and QOC Secretary General Jassim Rashid Al-Buenain.