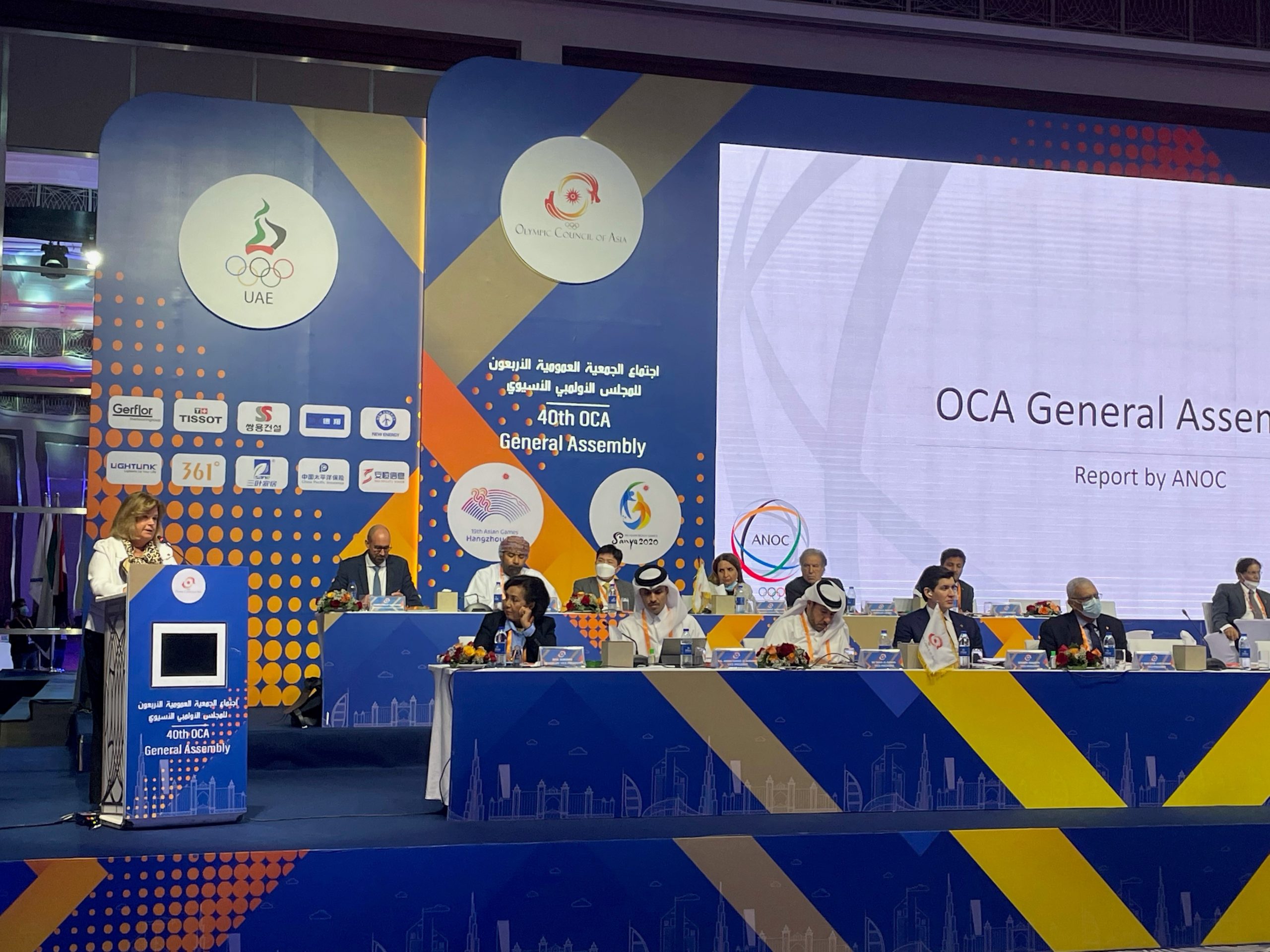 During her presentation, Secretary General Lindberg provided details on ANOC’s activities over the last year, which included details on the fruitful meetings between ANOC and the Continental Associations to support NOCs during the pandemic, the meetings of the ANOC Commissions and the outcomes of the International Sports Calendar Working Group.

Secretary General Lindberg also presented the ANOC Strategic Plan 2021-2024 which was approved by the ANOC General Assembly and recapped on the ANOC Digital Accelerator Programme which has seen numerous social media webinars and workshops held and will also see the delivery of the Beijing 2022 NOC photo programme.

Updates were provided on ANOC’s commitment to sustainability and the work that was done to ensure ANOC’s General Assembly in Crete was the first ever to be carbon neutral.

Secretary General Lindberg expressed ANOC’s close cooperation with the IOC and Olympic Solidarity and explained that ANOC is running the NOC debrief of the Olympic Games in Tokyo and the results will be presented to the IOC and future Organising Committees.

The presentation was concluded with a short video on the XXV ANOC General Assembly and ANOC Awards 2021.