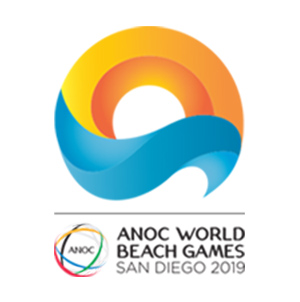 San Diego 2019 competitions begin exactly one year from today, on Oct. 9, 2019, with the local organising committee expecting approximately 1,300 athletes from every Olympic continent, and more than 400,000 fans for the event. With 15 sports over six days, qualification procedures geared towards attracting the world’s top athletes, and live musical performances every night, the event will be compact, competitive and compelling. NBC Olympics will present coverage across NBC, NBCSN, NBCSports.com, the NBC Sports app, and Olympic Channel: Home of Team USA.

The full schedule will be announced in the near future, including a one-hour recap special on NBC following the conclusion of the Games. More than 50 hours of world feed coverage will be available for broadcasters around the world, featuring six days of live and recorded sport, Opening and Closing ceremonies, medal ceremonies and the concert series.

“This agreement is excellent news for the 206 National Olympic Committees and the international Sports Federations,” said ANOC Secretary General Gunilla Lindberg. “NBC’s proficiency in sports broadcasting and passion for the Olympic Values mean we can guarantee fantastic exposure for the elite athletes and exciting new sports on show at the inaugural ANOC World Beach Games.”

“San Diego has a rich history as a pioneer of beach sports and a hub for creativity, so this is a great opportunity to further that legacy,” said Local Organising Committee Chairman Vincent Mudd. “With NBC Sports as our domestic broadcasting partner, the ANOC World Beach Games San Diego 2019 will provide an incredible opportunity to bring new athletes and new sports to a new generation of fans in America.”

“NBC Sports is proud to bring the World Beach Games to a national audience,” said Jim Bell, President, NBC Olympics Production and Programming. “We’re excited to showcase these world-class athletes on our extensive digital and linear platforms, and to introduce fans to this unique event.”