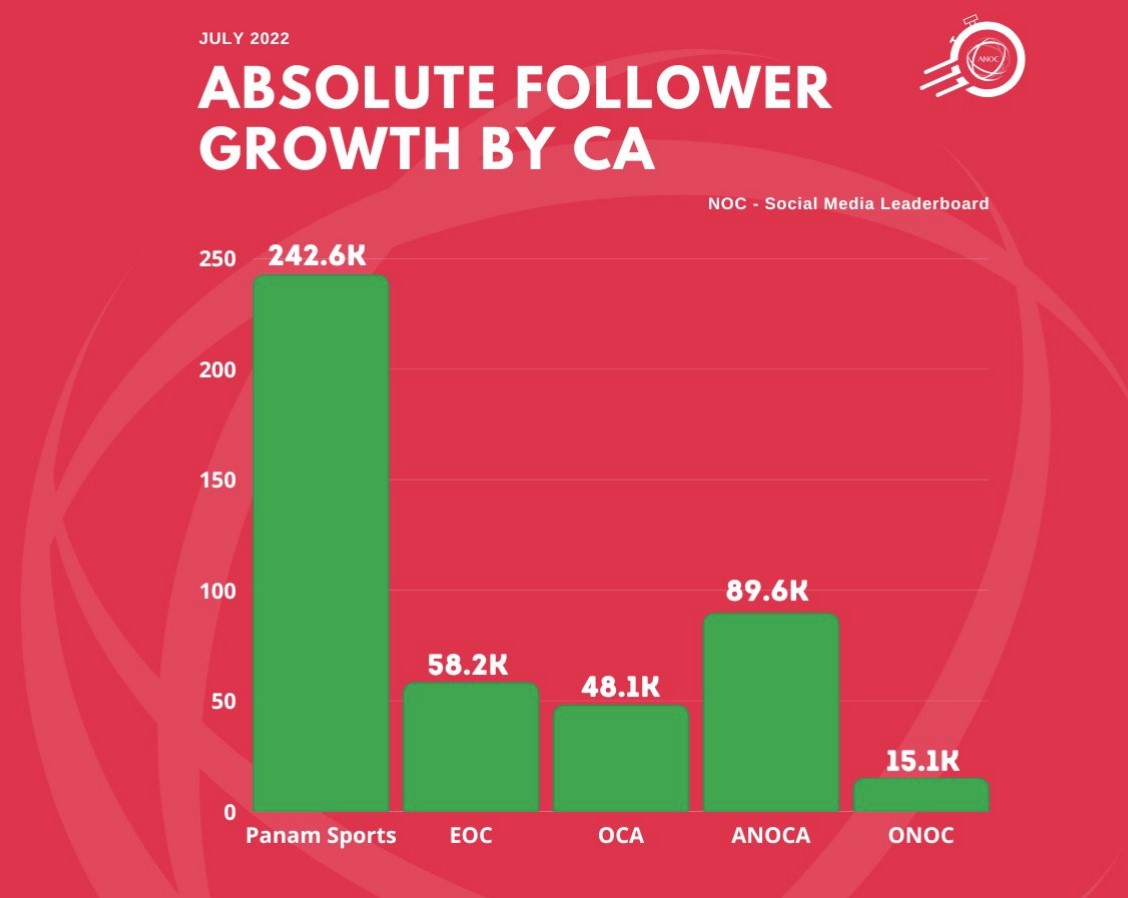 The ANOC Social Media Dashboard revealed that it was the NOCs of the Americas which generated the greatest absolute follower growth across their social media channels in July with Brazil registering the greatest increase of any NOC.

NOCs from the Americas grew their absolute following by 242.6k in July with the next highest growth coming from NOCs of Africa with a growth of 89.6k. NOCs from Europe grew by 58.2k, from Asia by 48.1k and from Oceania by 15.1k.