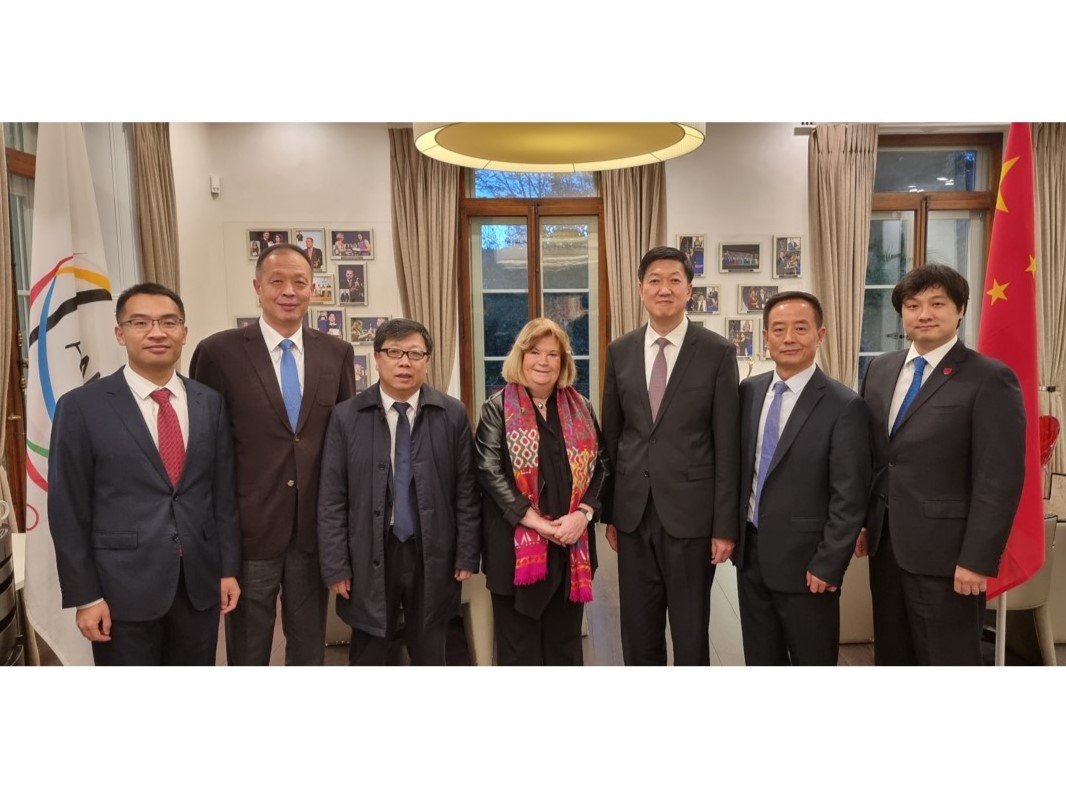 Mr Gao Zhidan, president of Chinese Olympic Committee and Minister of the General Administration of Sport of China, paid a visit to the ANOC Office in Lausanne on 7th December.

The delegation was welcomed by ANOC Secretary General, Mrs Gunilla Lindberg. During the meeting, Mrs Lindberg expressed congratulations on behalf of the NOCs to the great organisation of the Olympic Winter Games in Beijing 2022. Matters of common interest regarding the cooperation between ANOC and the Chinese Olympic Committee were also discussed as we all information about the different upcoming activities.