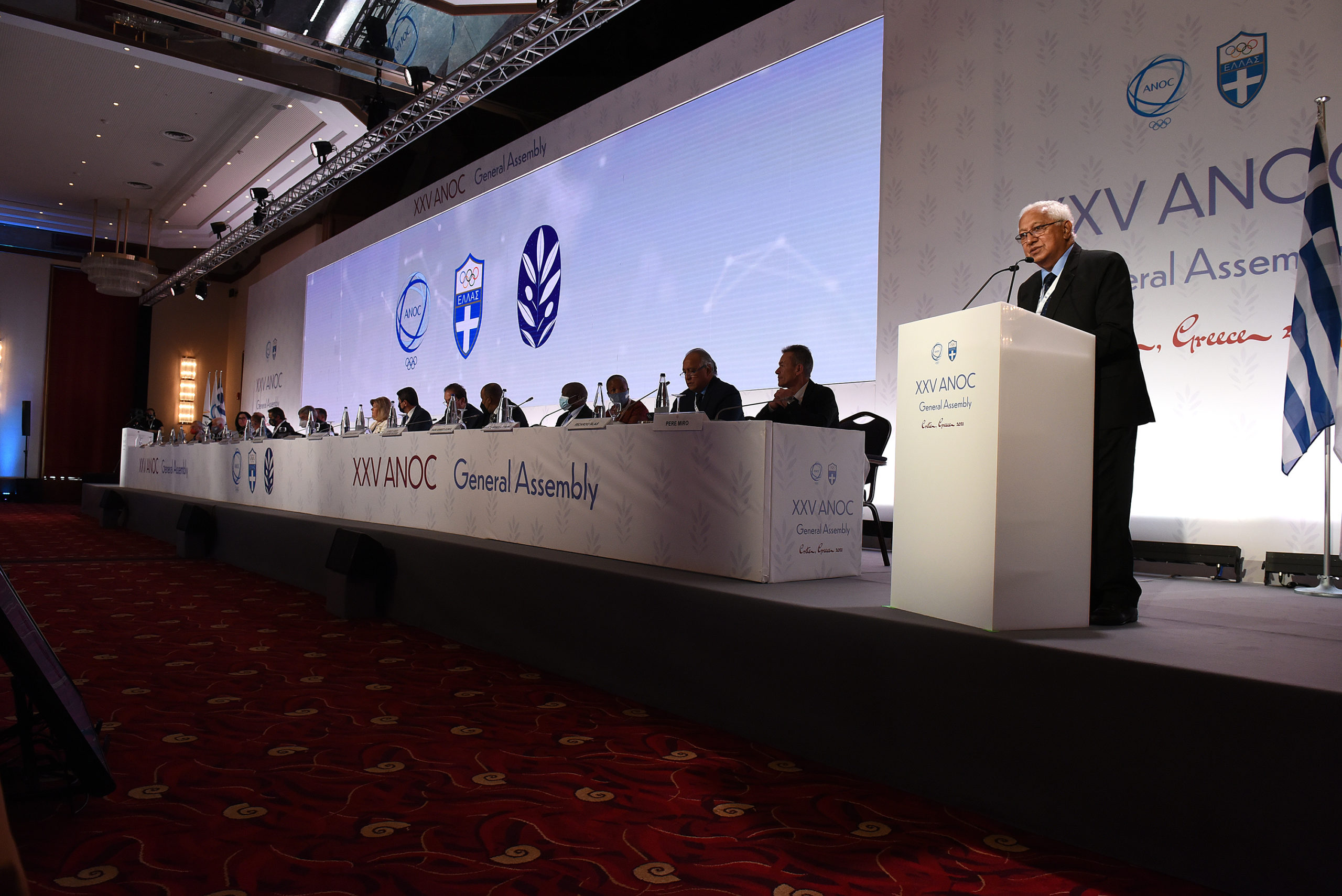 The XXV ANOC General Assembly today brought the Olympic Family together in solidarity as the world’s National Olympic Committees (NOCs) were joined in Crete by representatives from the IOC, International Federations (IFs) and other Olympic stakeholders.

“It is almost two years, since we last came together in Doha, Qatar for the ANOC General Assembly. The impact of COVID-19 is well known to us all and its effects are still being felt around the world. But we have seen throughout the past two years that while the pandemic has kept us apart physically, it has not stopped us working together and emerging stronger and more united.

“There is no doubt that the pandemic has changed our world. But it also encouraged us all to step back and assess how we could improve and evolve in our new environment. At ANOC we took the opportunity to review our role with a view to making sure we provided the best service to the NOCs. Today we saw the output of this with some excellent reports and initiatives presented.”

During a busy day of important agenda items, the General Assembly approved the ANOC Strategic Plan 2021-2024 which sets out four key strategic pillars for the organisation – cooperation, development, representation and events. All of ANOC’s activities to support NOCs will fall within these pillars.

The General Assembly also approved amendments to the ANOC Constitution, including allowing for future General Assemblies to take place virtually and ensuring 30% female representation on the ANOC Executive Council.

The ANOC Events Working Group provided an update on the bid process for the ANOC World Beach Games and confirmed that they have been mandated by the Executive Council to progress with Indonesia’s bid to host the 2023 edition of the Games. A final decision will be made before the end of the year.

The ANOC Marketing Commission presented an update on the work they have done on helping NOCs enhance their social media performance.