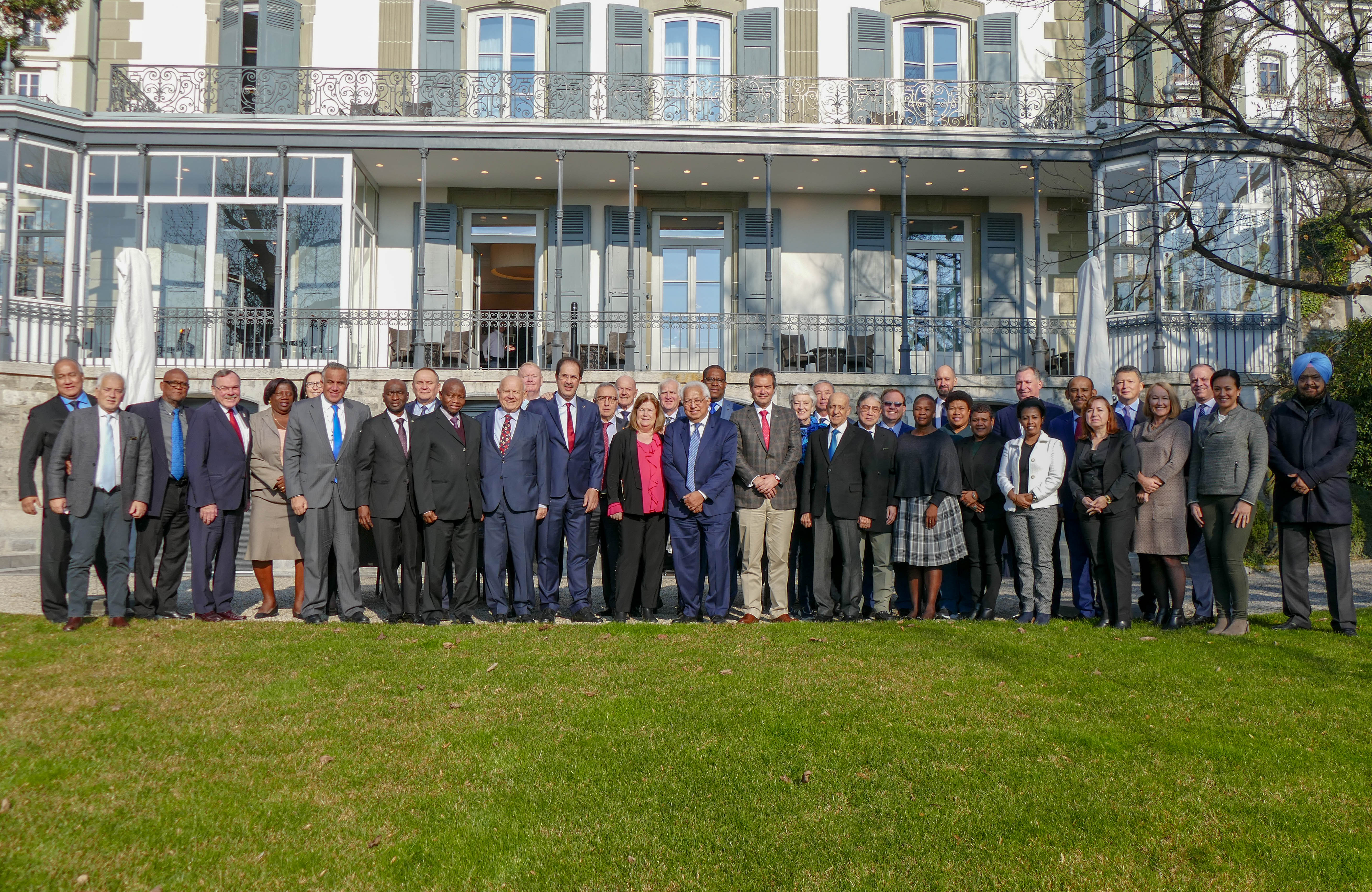 21 January 2019; Lausanne: The newly-formed ANOC Executive Council met in Lausanne today for the first time to discuss the plans for the year ahead and how ANOC can refine the support it provides the world’s National Olympic Committees (NOCs).

The meeting, which was chaired by ANOC Acting President Robin Mitchell, was opened by IOC President Thomas Bach. During his address, President Bach described 2019 as the year of the NOCs, due to the number of Continental Games taking place this year. President Bach also discussed some of the broader issues facing the Olympic Movement.

“Today was a very productive meeting. As the first meeting of the newly-formed Executive Council, it was an opportunity for everyone to get to know each other better and to enhance our understanding of everyone’s specific skills and expertise. There is a huge amount of knowledge within ANOC and we are committed to making sure that we maximise our members’ potential. This is what we are also aiming to do within our Commissions. We will have brand new Commissions this year and we have also reduced their size to make them more manageable and more productive. They will be meeting more regularly and we look forward to seeing what initiatives that they will come up with in 2019 to help further develop the support ANOC provides its NOCs.”

An update was also given on the ANOC World Beach Games, which is progressing well with new NOCs continuing to qualify for the event. Currently, there are 51 NOCs from all five continents that have qualified for the Games. In line with the principles of Olympic Agenda 2020, ANOC has been working with the San Diego 2019 Organising Committee to ensure it delivers elite level sport in fully sustainable, low-cost venues. It was confirmed therefore that due to the required cost to stage the BMX competition in San Diego, ANOC has taken the decision that BMX will not be part of the inaugural ANOC World Beach Games. It is hoped that ANOC may be able to collaborate with the Union Cycliste Internationale (UCI) to integrate BMX in future editions.

During the meeting, ANOC Secretary General Gunilla Lindberg and each of the Presidents of the Continental Associations also provided updates.