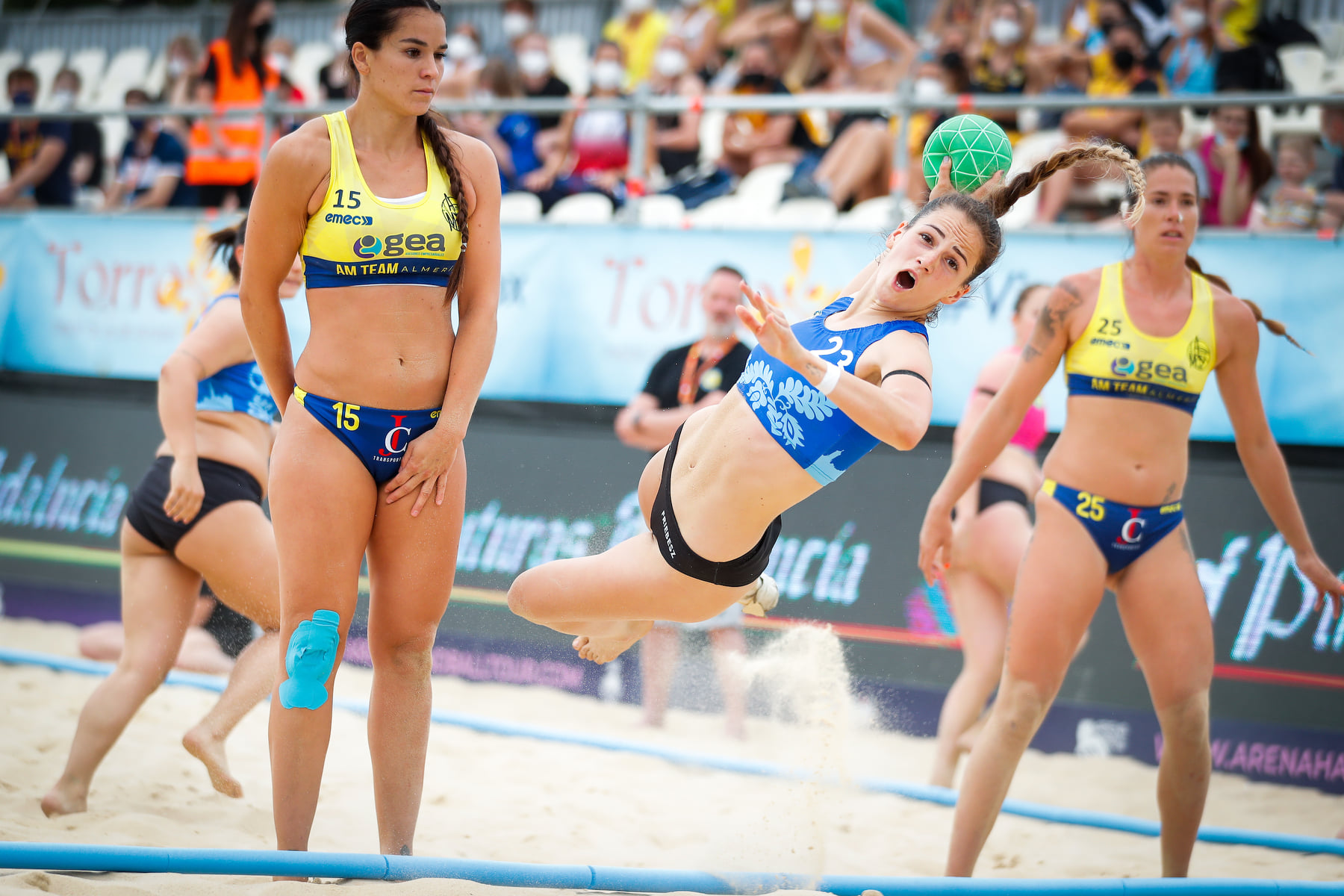 The European Beach Handball season made its return to the sand on Thursday with the ebt Finals. Torrox (Spain) hosted the event from 3 to 6 June 2021, crowning HEI Beach handball and AM Team Almeria as champions.

The Spanish team, who won the ebt Finals in 2018 and 2019, repeated their success after a nearly flawless tournament, dropping only one game on their way to the trophy.

AM Team Almeria won five games and lost one in the group phase, progressing to the quarter-finals from first place.

A 2:1 win against fellow Spanish side BHC Plan B – XP Sports followed, setting up a crunch semi-final against SPORT CLUB Senec. AM Team Almeria won it in two straight sets, 17:16 and 19:14, progressing to the final.

After a roller-coaster tournament, the Dutch Westsite Amsterdam team were their challengers, which finished third in the group phase.

In-form Almeria had little trouble securing their third straight ebt Finals trophy, with a 2:0 win after securing both sets, 21:11 and 14:12.

Maria Batista Portero scored the most goals for Almeria (117), however, Line Gyldenlove Kristensen from the bronze medallists, Team Blue Bee – The Danish Beachhandball Dream, became the top scorer of the tournament with 150 goals.

The men’s competition saw a fresh face win the trophy as Danish side HEI Beach handball overcame a shaky start.

The Danish team lost one game in Group D and finished second, enough to progress to the main round. However, HEI Beach handball swept their opponents in the next phase of the competition, including a shoot-out win against Croatian side BHC Zagreb.

The two sides progressed from Group I to the quarter-finals, where they both won their games in straight sets against BHT DAMY Rade Inowroclaw and Salazones Herpac BMT Barbate.

Therefore, a rematch between HEI Beach handball and BHC Zagreb was on the cards in the final. There was no need for a shoot-out, but HEI had their share of trouble against the Croatian opponents, with goalkeeper Martin Christensen making the difference.

Zagreb, a seven-time winner of the ebt Finals, settled for the silver medal, while HEI Beach handball secured the trophy for the first time.

The Portuguese town of Nazaré hosted last weekend the Men’s and Women’s 2021 EURO Beach Soccer League and the prel[..]

From 27 to 29 May, around 250 people celebrated the opening of the new beach competition 'Copa Federación' in the Aren[..]

The Portuguese town of Nazaré will host the 2021 EURO Beach Soccer League and the FIFA Beach Soccer World Cup Qualifie[..]