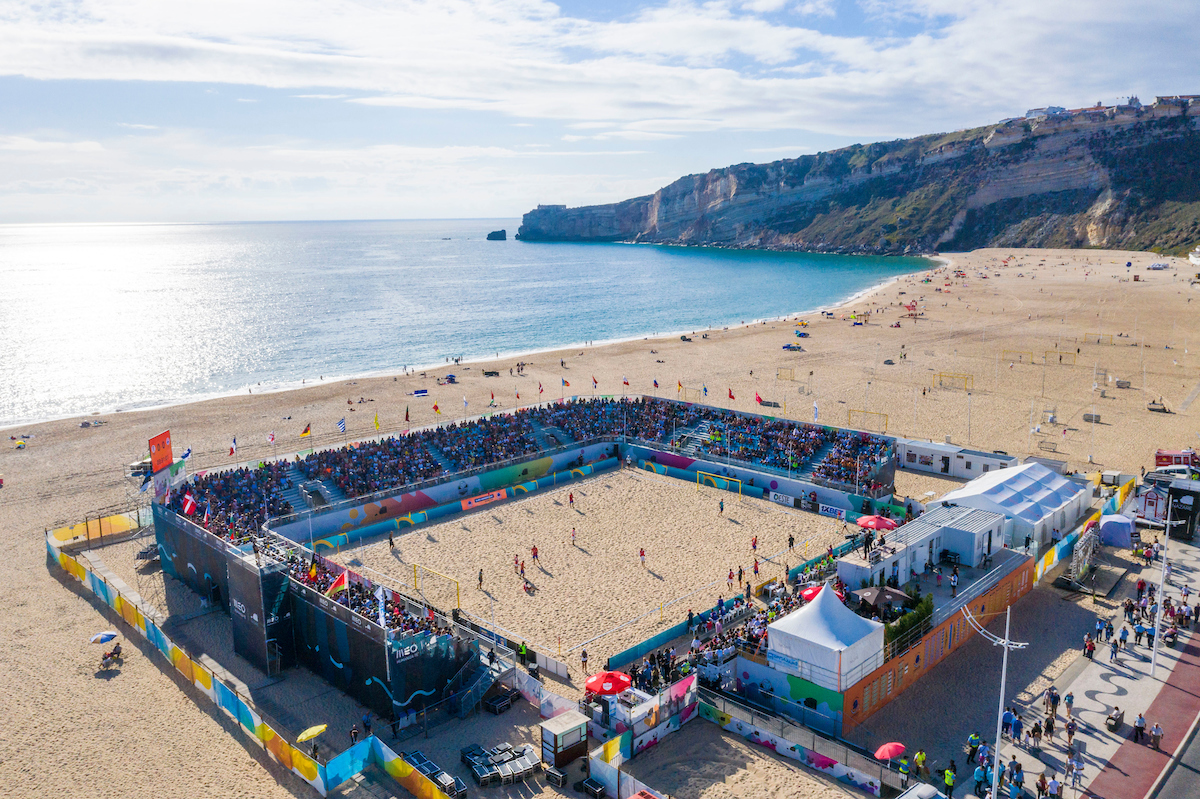 The first-ever stage of the Women’s Euro Beach Soccer League came to a dramatic close with an action-packed third period in the final. Goals from Molly Clark and Anne Meiwald proved to be the difference as England defeated Spain 3 -1. Both teams last met in the final of the ANOC World Beach Games in Qatar, where La Roja walked away with the gold medal.

Russia took on Switzerland in the match for third place. Midway through the first period, Zaitseva netted the opener for Leonov’s side, and although Switzerland forced Akylbaeva into action on several occasions, the keeper defended her nets effectively and also added a second goal from her own area. Another two goals in the second period, and two in the third period, saw Russian end the match six to the good, well-deserving of the third-place finish. – Goals: 0-1: Zaitseva, min. 5 (1); 0-2: Akylbaeva, min. 2 (1); 0-3: Shkvara, min. 9 (2); 0-4: Bychkova, min. 9 (2); 0-5: Zaitseva, min. 8 (3); 0-6: Cherniakova, min. 5 (3)

Russia, Portugal and Italy overcome their Swiss and Spanish rivals on the final day of the group stage in Nazaré to finish top in their group and qualify for the Superfinal.

Spain, Switzerland and Ukraine also secured their tickets to the Superfinal in Figueira da Foz by finishing second of their groups. Elsewhere, Belarus and Poland claimed the last places in the Superfinal with dramatic wins over Turkey and France.

Turkey, as the lowest ranked team after the group stage, will also return to Portugal in September but to fight to stay among the continent’s elite beach soccer teams for another year in the Promotion Final.

Denmark, Norway, Romania, Kazakhstan and Estonia successfully passed the preliminary stage of the FIFA Beach Soccer World Cup Europe Qualifier in Nazaré. The 5 sides will continue the fight for places at the World Cup in Moscow on Monday.

Denmark secured their classification as the best team in Group C. Kazakhstan fought hard to win 3 – 2 against the Lithuanian side and sealed their place in the next round by finishing second in Group C.

In Group B, England and Romania closed their last matchday with a dramatic winner-takes-it-all fight that fell on the side of the Romanians. Despite the Three Lions opener their domination of the first period, the reaction by the Carpathians in the middle frame, with two goals by the goalkeeper Andrei Paul, changed everything. Estonia would follow with another tight win over Sweden. The Estonians reacted to the Swedish comeback in the second half of the game and prevailed in a see-saw battle that ended with them clinching three key points to leapfrog England and make the next round.

In Group A, Norway upset the Czech Republic from the penalty spot to snatch another ticket to the next round. After a tantalisingly balanced game, in which Norway’s Havar Gaare annulled Trampota’s opener for the Czechs, the match progressed with no further change in the scoreboard, so the penalty shootout was the only way to decide the victory. The Norge did not miss a single attempt and sealed their place in the final round on the road to Moscow.

The final stage of the FIFA Beach Soccer World Cup 2021 European kicked off on Monday 21 June with the following groups:

The two best sides from each group after the round-robin stage will advance to the quarter-finals, the winners of which will be joining the hosts Russia at the 2021 FIFA Beach Soccer World Cup.

The event will take place in Nazaré, Portugal, until 27 June with the following competition calendar:

The Kazan World Grand Prix is one of the most important beach tennis tournaments in the circuit and took place from 23 [..]

Once the Olympic cauldron is lit at the New National Stadium in the Shinjuku ward of Tokyo, the Olympic Dream o[..]