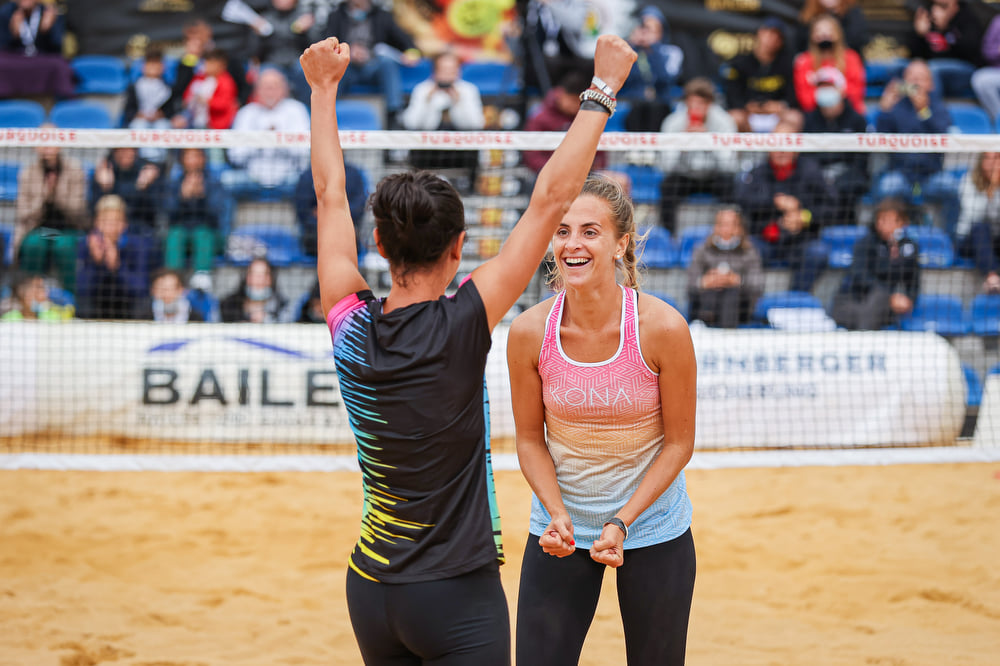 The ITF Beach Tennis Sand Series is a new event series with four or five stages that will gather the best beach tennis players in the world. The series kicked off in Saarlouis, Germany, between 26 and 29 August.

Sofia Cimatti and Nicole Nobile won in the final against the top-seeded Italian pair Guilia Gasparri and Ninny Valentini 2-6, 6-3, 10-7. The Italian’s Cimatti and Nobile had previously beaten the top 2 seeded pair Rafaella Miller and Patricia Diaz in the semifinal with 6-2, 4-6, 10-8.

Nikita Burmakin from Russia and his Italian partner Tomaso Giovannini claimed the Saarlouis trophy after beating Marco Garavini and Theo Irigaray in the final 0-6, 6-1, 10-4. The Italo-Russian pair had reached the final a tight victory over the Brazilian’s André Baran and Vinicius Font 6-4, 4-6, 10-7. The journey for the top-seeded pair, Antomi Ramos and Michele Cappelletti ended in the Quarterfinals after a 6-4, 6-2 defeat against Doriano Beccaccioli and Mattia Spoto from Italy.

Nikita Burmakin explained the meaning of these series to him: “It has been five or six years since the idea of creating something like the Grand Slams of beach tennis was born, and now I am really excited to play it for the first time in Saarlouis.

The Sand Series will move from Germany to Gran Canaria, Spain, on 23-26 September, before heading to Brasilia, Brazil on 14-17 October and Reunion Island, Reunion on 28 October-1 November. The final of the expected five-strong Sand Series events in 2021 is due to take place in Durban, South Africa but has yet to be confirmed.