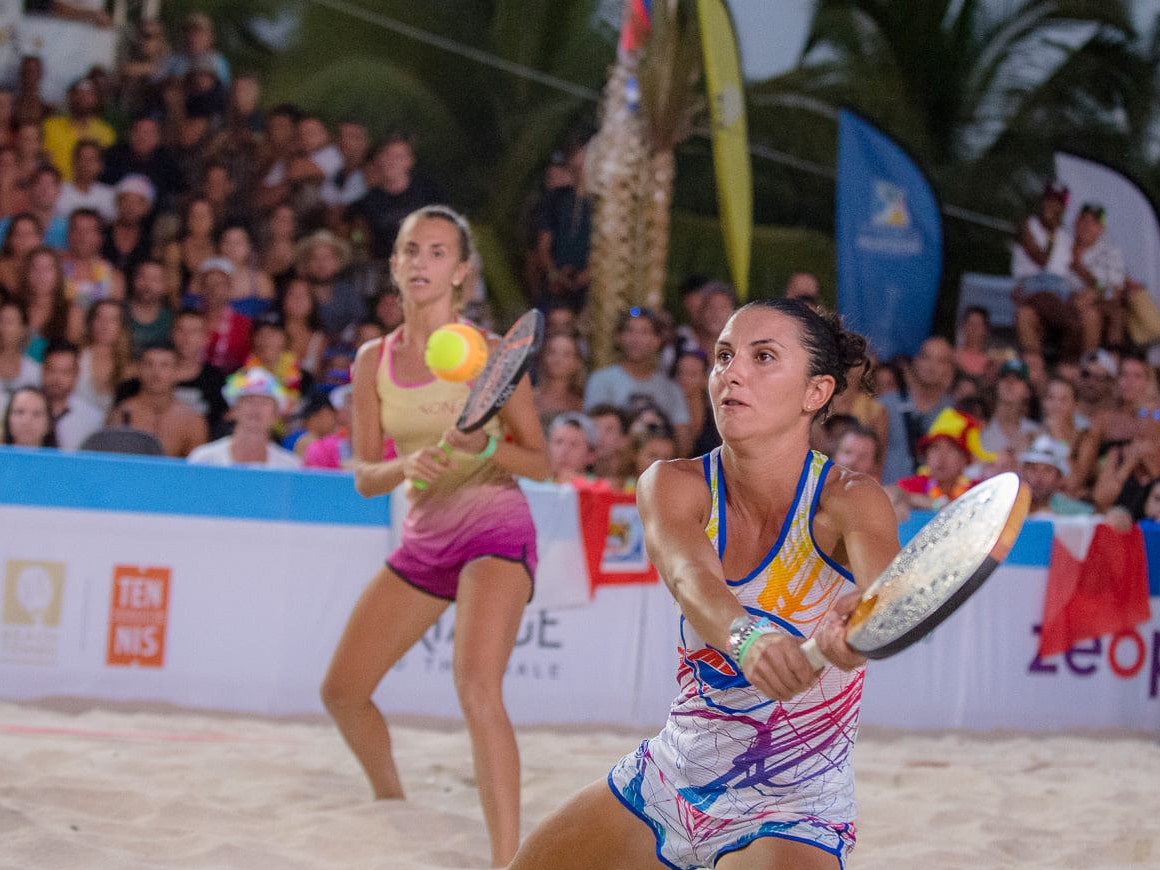 After six different winners at the first three ITF Sand Series tournaments of the year, the Plage des Brisants in Réunion Island produced repeat champions in the Beach Tennis Series for the first time as Sofia Cimatti and Nicole Nobile emulated their Saarlouis triumph, while Antomi Ramos and Michele Cappelletti backed up their Gran Canaria victory.

The win was particularly significant for Capelletti, who returns to the No. 1 ranking following his sixth title in Reunion as his partnership with Ramos paid dividends once again.

“It’s difficult to reach No. 1 and I share this success with Antomi today,” said Capelletti after the pair’s 7-6(1) 6-4 victory over Nikita Burmakin and Tommaso Giovannini.

The women’s final produced an epic encounter that was later described by tournament director Renaud Bourjea as the “greatest final in Reunion’s history”.

Cimatti and Nobile saved multiple match points against Maraike Biglmaier and Eva Fernandez Palos, who came agonisingly close to sealing victory from a set and a break down in their debut tournament together, only for the Italian pairing to prevail 6-2 4-6 15-13.

Biglmaier, who reached the final in Reunion for the first time, described the tournament and crowd as “the best in the whole year”.

One of the last events to face cancellation at the start of the pandemic, fans had been waiting almost three years for one of the biggest events on the calendar to return for its 10th edition, which did not disappoint.

The Reunion Island tournament concludes the 2021 Sand Series, which has attracted top players from across the world to the most iconic locations on the ITF Beach Tennis Tour.