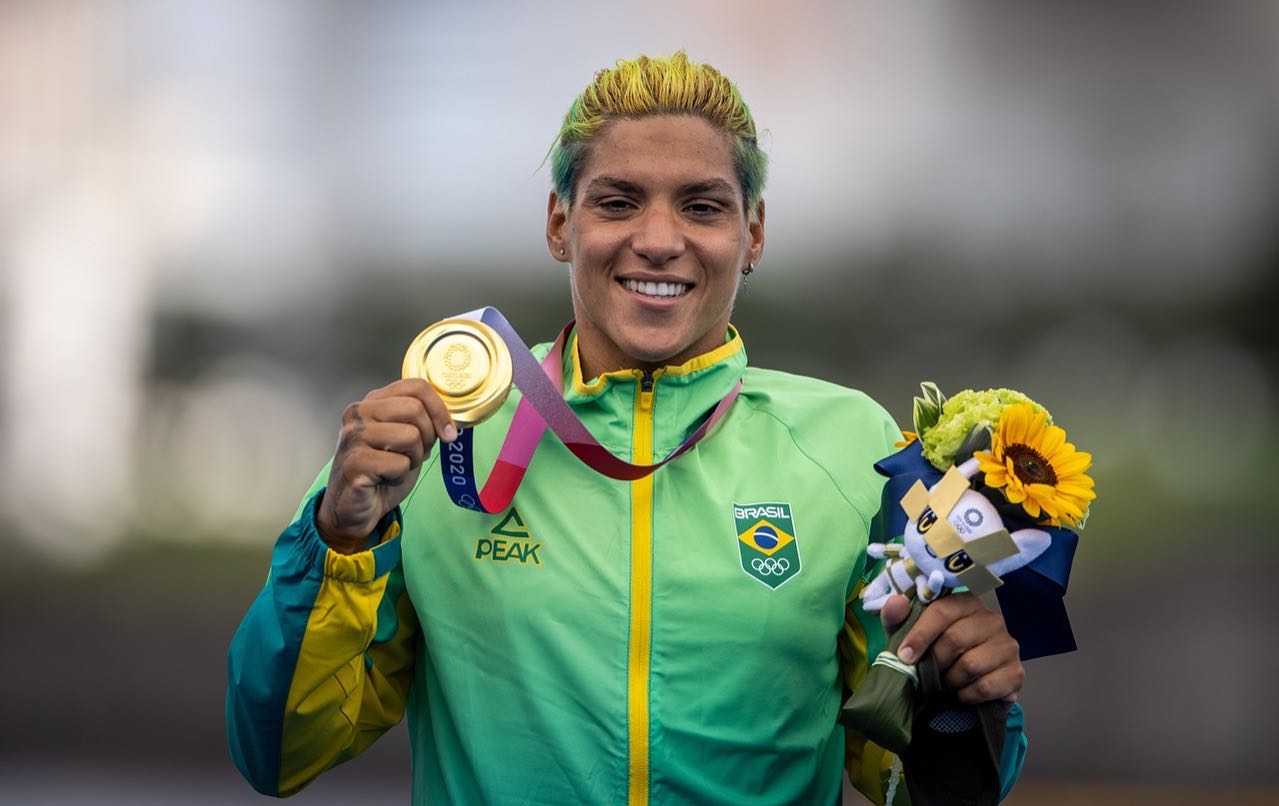 The Games of the XXXII Olympiad are history, and 11 of the 53 athletes that participated at the Qatar 2019 ANOC World Beach Games and Tokyo 2020 Olympic Games have taken medals home. Sandra Sanchez, Ana Marcela Cunha and Sakura Yosozumi, who won Gold at the ANOC Beach Games, also became Olympic champions.

After the final bout against defending world champion, Kiyou Shimizu Sandra said: “It is crazy. I am so emotional, I am feeling so many things together. I am happy, but I want to cry. I think I need more time to believe that this is real. I want to see my kata and make sure it happened, because right now I can’t believe it”.

It was Cunha’s first medal in the Olympic Games after three attempts and she said after the event: “It means four Olympic cycles, a lot of years working. It’s my third Olympic Games. In 2008 I had no chance, in 2012 I didn’t qualify, and Rio 2016 was not the result we expected. We arrived here wanting, as much as you can, this medal and around 10 days ago, I said to my coach to win this race will be very difficult for my opponents because I want it so hard, so much and I’m really well prepared”.

In the Men’s race, the Hungarian Kristo Rasovszky, who also participated in Doha at the Beach Games, won the Silver medal and just got beaten by the new Olympic champion Florian Wellbrock (GER).

Skateboarding made its debut on the Olympic stage and did not disappoint. Local hero Sakura Yosozumi who already impressed the Qatari crowds in 2019 at the ANOC World Beach Games, won the Women’s Park event with an impressive first run. The 12-year-old Kokona Hiraki and the 13-year-old Sky Brown completed the podium.

ANOC World Beach Games titleholder in the Bouldering, Miho NONAKA from Japan, took the Silver medal in the Women’s Combined event, which combines the results of Speed, Bouldering, and Lead.

After a thrilling final in the Lead, the silver medallist said: “We’ve also been working hard together, me and Akiyo-chan (Noguchi), and we’ve been dreaming of getting a medal together. The fact that we could do that is the most important thing”.

Cherif said after the Bronze medal match: “It was hard work, patience and discipline. It was not an easy process. It’s a long process. It didn’t start now. It started in 2012. Mentally and physically, it was not easy. It took us maybe six or seven years to build this team. But we trust the process. For sure, the road is going to be very difficult; there will be some ups and downs. But we didn’t give up and we’re thankful to be here. We are in the books forever and Qatar is going to be on the beach volleyball map forever too”.