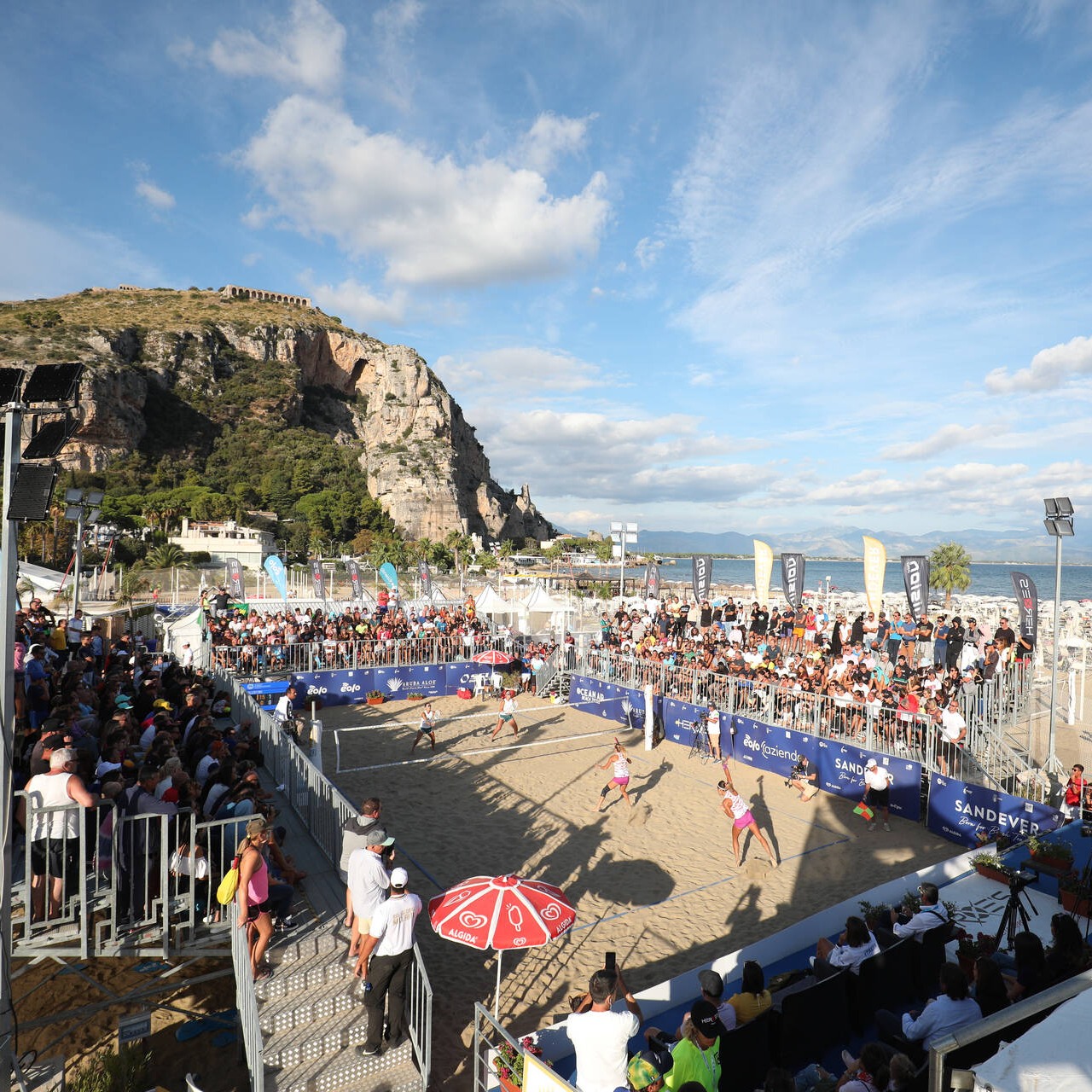 The 2022 Beach Tennis World Championships got underway in Terracina from the 20-25 September with a strong line-up, as all of the world’s top 10 women and men played under the Italian sun. The event took place on Levante Beach for the third time, welcoming players from 19 nations and five continents. The World Championship awarded a significant number of points towards the ITF Beach Tennis World Ranking that determines the qualification places for the ANOC World Beach games Bali 2023. Access the Beach Tennis Qualification System for the ANOC World Beach Games Bali 2023 through the following link.

Top seeds Michele Cappelletti and Antomi Ramos lived up to billing with a comeback victory 3-6 6-2 [10-7] against Nicolas Gianotti and Mattia Spoto to claim the first World Championship title in Terracina as a team.

The duo are certainly no strangers to winning the World Championships – with Cappelletti having now won more than any other player on the tour, with this year’s being his fifth overall. And Ramos first picked up this particular trophy in 2018 alongside Mikael Alessi.

So perhaps it was that experience that paid dividends when they had their backs against the wall after losing the first set against Gianotti and Spoto – the latter who always raises his game for Terracina.

Indeed, it was only last year that Spoto and former partner Doriano Beccaccioli defeated Cappelletti and Ramos in the quarter-finals before taking out Gianotti and his previous team-mate, Theo Irigaray, in the semis.

With heavy rain forecast in Italy on Sunday, the men had to play their semi-finals earlier in the day on Saturday before returning for the final on Saturday night. And that change in conditions seemed to affect Cappelletti and Ramos, who started slowly before coming to life in the second set.

And when they needed to produce their best, the top seeds upped their game and clinched a close tiebreak despite falling behind in that as well.

“My goal is to become the player with the most titles in beach tennis history,” said Cappelletti. “This title is special because no-one else has done it [won five World Championships]. I’m 30 years old now but I think I have more time to win more titles.”

Ramos added: “It was a very important title for us. Five for my partner and two for me. I want to congratulate Michele [Cappelletti] and our coach.”

See the full results of the Men’s competition here.

They might have been battered and bruised, but Giulia Gasparri and Ninny Valentini still found a way to defend their title at the ITF Beach Tennis World Championships in Terracina with a 7-5 6-4 victory over Patty Diaz and Rafaella Miiller on Saturday night.

As No. 1 seeds and reigning champions, all eyes were on the Italian duo, who have picked up seven titles already this year, but with Valentini, in particular, struggling with shoulder and knee injuries. It’s not an exaggeration to suggest that they weren’t sure they would even be able to compete at one point.

“Before the semi-final, we both cried a little bit because we thought I wasn’t able to play,” explained Valentini. “Then we tried, it went good, we won, and we tried again for the final and we won again.

“I had a lot of pain in the shoulder today – more than on the other days. I had to change a lot of things in the game. Today, it was impossible to smash and I needed to find solutions so we’re really happy. It was a really hard week. Giulia supported me all this week, as always.”

Gasparri, who had lost her voice after the victory, praised her team-mate’s resilience.

“First of all, I have to say thank you to Ninny,” she said. “I am proud of us and our work and of her, especially because this week I was really stressed with her injury in her shoulder and in her knee. Day-by-day, it was hard and now I am really happy. I don’t have the words to say how much I feel in this moment.”

For Valentini, it wasn’t just winning in the face of her injury that pleased her. Coming back to Terracina and playing in her home country as the team to beat and coping with the pressure of all of that is what she will take away from this week.

“All players work all year to win the World Championships,” she explained. “It’s the most important title so it’s difficult to play relaxed and not feel anxious.

“For us, it’s the most important. This year was much more difficult than the last year, much harder to defend the title.”

Diaz and Miiller, who staged an extraordinary comeback from 6-0 down in the match tiebreak of their semi-final against Sofia Cimatti and Nicole Nobile, finished runners-up for a second straight year.

See the full results of the Women’s competition here.

The duo proved invincible once again and are becoming the team to beat in the mixed format, with Brazil winning the ITF World Cup for the last two years in large part thanks to their strength in all forms of the game.

Seeded third, Baran and Miiller might have been surprised not to be up against the Italian-French combination of top seeds Nicole Nobile and Nicolas Gianotti in the final, but that pairing fell in a match tiebreak 7-5 0-6 10-7 against Greta Giusti and Niccolo Gasparri in the semi-finals.

The Brazilians, who had come through a close encounter of their own in the quarter-finals against Giulia Gasparri and Marco Faccini, proved too strong in the final, needing one and 21 minutes to complete a 6-2 6-4 victory.

In the third place play-off, Nobile and Gianotti needed another match tiebreak to overcome Veronica Casadei and Ramon Guedez 5-7 6-2 10-6.

See the full results of the Mixed competition here.