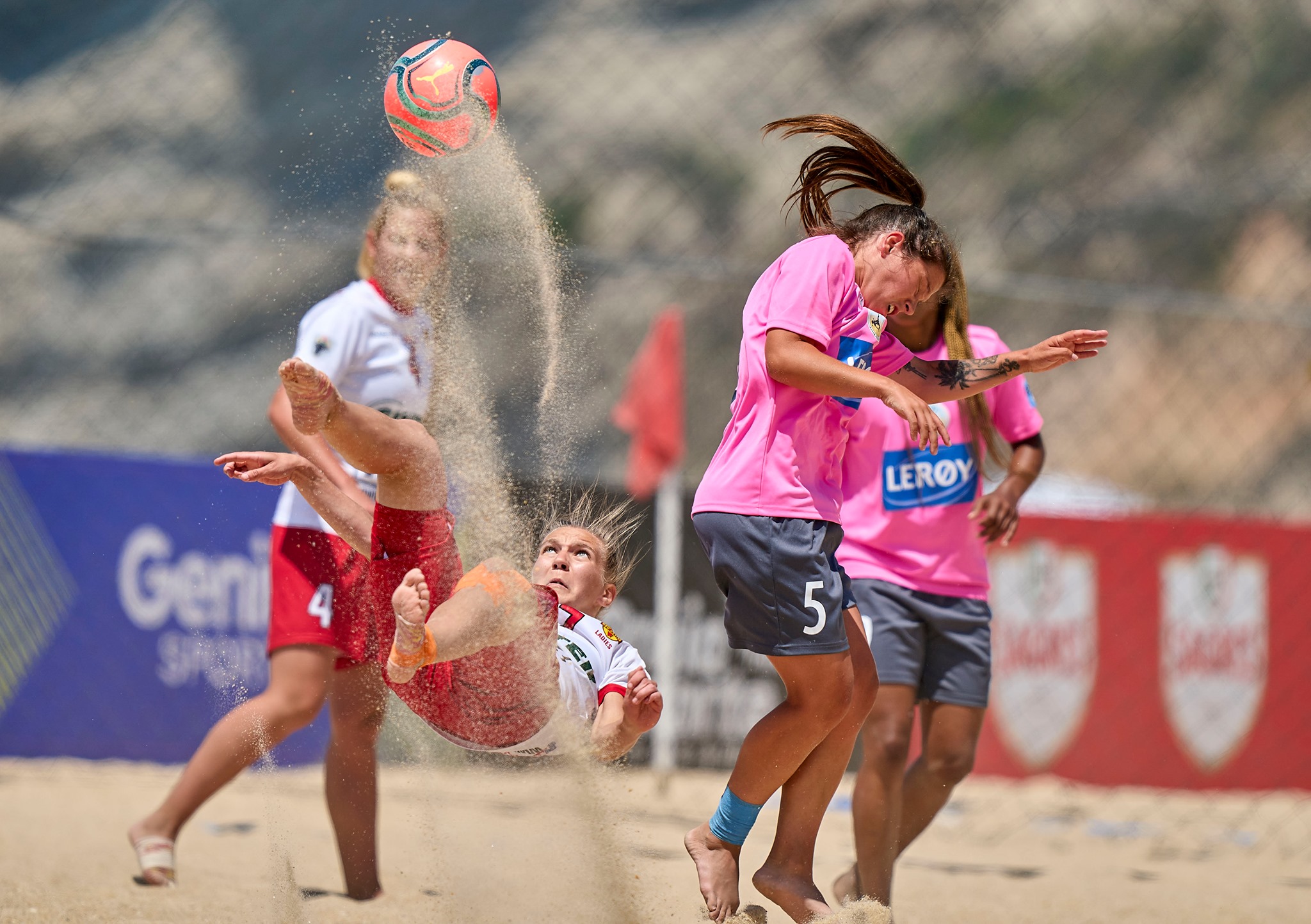 In the Men’s event, the current Russian champion Kristall defended their title, lifting the Euro Winners’ Cup trophy for the fourth time. However, they started losing in the group stage to San Francisco (ESP) by 4-3, qualifying as second in group B for the next round.

In the round of the best 16, Kristall took on Casa Benfica de Loures, who broke the record for the most goals scored by a team in a Euro Winners Cup match with 22 earlier in the tournament. With Brazilian back-up, including Jordan Soares and Thanger and Russian league Top Scorer Boris Nikonorov, Lokomotiv Moscow swept previous finalists Artur Music aside in their R16 match. SC Braga’s imperious strikers supplied a constant flow succeeding against the fellow Portuguese side GRAP, ending the match with an incredible 12-7 scoreline. Hosts ACD Sótão continued on their blistering form to knock out Moldovan club Nistru in a thrilling 5-4 contest, and are set to face the third-place finishers from the 2020 edition, Real Münster, who put six past Russian side Delta.

The quarterfinals staged a match between two clubs who knew each other very well, the two previous winners of the Russian league, Kristall and Lokomotiv Moscow. Rodrigo needed just seconds to open the scoring for the defending champions, striking straight from kick-off. Lokomotiv equalised soon after, but Egor Remizov, at the tender age of 21, grabbed the game by the horns in the later stages, netting a hat-trick to claim what turned out to be a comfortable win for Kristall against their Moscow rivals. SC Braga fell behind in their game against MFC Spartak to a brilliant Maci header. By the end of the game, the Romanian international had a hat-trick, a considerable achievement against one of the continent’s top beach soccer clubs, but the Bulgarians couldn’t keep up and lost 6-4. San Francisco kicked off the quarterfinal bouts with a tantalising match against Russian side Krylia Sovetov. Llorenç scored a double for the side coached by beach soccer legend Ramiro Amarelle, but the deciding goal came from keeper Eliott, who smashed in the winner from a distance to snatch the match 5-4. Hosts ACD O Sótão faced Real Münster. The sides remained in a ferocious stalemate for the entirety of the match until, right at the end, German international Joscha Metzler struck a volley with just six seconds on the clock.

In the first semi-final match, Kristall went up against Real Münster. The Russian team was without Brazilian superstar Rodrigo, who suffered a foot injury the previous day. Still, five different goal scorers saw the Saint Petersburg club make the final comfortably, resigning their German rivals to a second third-place playoff in many years. Braga succeeded against the Spanish side of San Francisco. The latter went ahead through Javi Torres against Braga in the other semi-final but couldn’t contain the marauding strikers of the three-time champions.

The fight for a record fourth European title got underway in fierce fashion, where physicality and speed were the themes of the opening period, but there were no goals. However, the start of the second period was all about the Brazilians as Mauricinho hit two in quick succession to snatch the lead. Braga keeper Rafa Padilha wasn’t far behind him with a rocket from his own area, and then a deflected Leo Martins shot looped over Maksim Chuzhkov to see the scores levelled. It wasn’t until the final period that a gap started to form between the two most dominant clubs in Europe. The Russians took the tally for Schirinzi’s men to five, while Braga hit a third through Filipe. With Kristall in control, there was still time for one more goal, where veteran Russian international Shishin leapt to catch an overhead volley from distance to take the final score to 6-3. In an entertaining game for the third position with fierce individual battles as well as a remarkable example of FairPlay, the debutant Spaniards came out on top with a 7-4 win to take the third-place off the Germans.

Alba Mellado, of Madrid CFF, and Maria Barquero, of CFP Cáceres Femenino, were the undisputed protagonists of the opening day at the Women’s Euro Winners Cup. With five goals each, the Spanish forwards helped their teams occupy the highest places in Group B, following big wins over New Team Brussels (4-8) and Recreativo Huelva (6-1). There was no better way to send a message to defending champions Mriya 2006, who were also drawn in this group. In group B, all came down to a fight for the head of the table between Mriya 2006 and Madrid CFF, who provided a terrific spectacle. Despite the defending champions ending the match with the points, their win in extra time was not enough to catch the Spaniards in the standings.

In Group A, newcomers Terrassa started to beat one of the classic teams in the competition, Marseille BT. The Spanish side Terrassa finished the group stage at the standings. Marseille BT was out to restate their claim to qualification for the next round and did so with a heavy win over hosts Os Nazarenos (9-3) with a stunning performance by Julie Bernard, scorer of four goals.

WFC Zvezda was the only team with fifteen points after the fifth matchday at the Women’s Euro Winners Cup, and therefore gaining a firm command of Group C. Ivan Kanaev’s side stormed past Poland’s Red Devils Ladies, with a stellar performance from Anna Cherniakova, who scored five goals. They also won over one of their main rivals, Higicontrol Melilla, in a game in which luck was not on the side of the Spaniards, who turned in two own goals.

In the semi-finals, BSC Zvezda secured their place in the final of the Women’s Euro Winners Cup, beating Marseille BT. Led by Brazilian internationals Adriele and Noele Bastos, the French side fell one goal short, as Ivan Kanaev’s side earned the right to recover the title they lost in 2019. Madrid CFF overcame Terrassa with surprising ease, commanded by Alba Mellado, who was on fire again. Three goals more for the Madrid number ten made all the difference in the game, together with perfect defending, plus the contribution of Russian international Gorshkova (“Sheva”), rounded off an excellent performance by Madrid, as they make their second attempt at European title, after their defeat to AIS Playas de San Javier in 2019.

In a thrilling final, Madrid CFF became the new queens of Europe after beating WFC Zvezda. Captain Alba Mellado starred for the Spaniards once more and added four more goals to her tally to not only clinch the competition’s top scorer trophy but to mark the difference in a truly balanced game. Although the tournament’s MVP Anna Cherniakova opened the scoring in the first minutes of the game, Mellado and Estela made it 3-1 by the end of the second leg, with Madrid’s number ten adding for the 4-1. The match ended 6-3 with the Spanish side sealing a historic win, who finally got their hands on the Cup after their defeat in the final in 2019. In the Bronze medal match, debutants Terrassa provided more surprises and, although they could not make it to the final, upset Marseille BT, coming from 5-2 behind in the last stage of the game, and grasped third place from the penalty kick spot in a dramatic shootout.

Find out about all upcoming Beach Soccer events at our Beach Sports calendar.