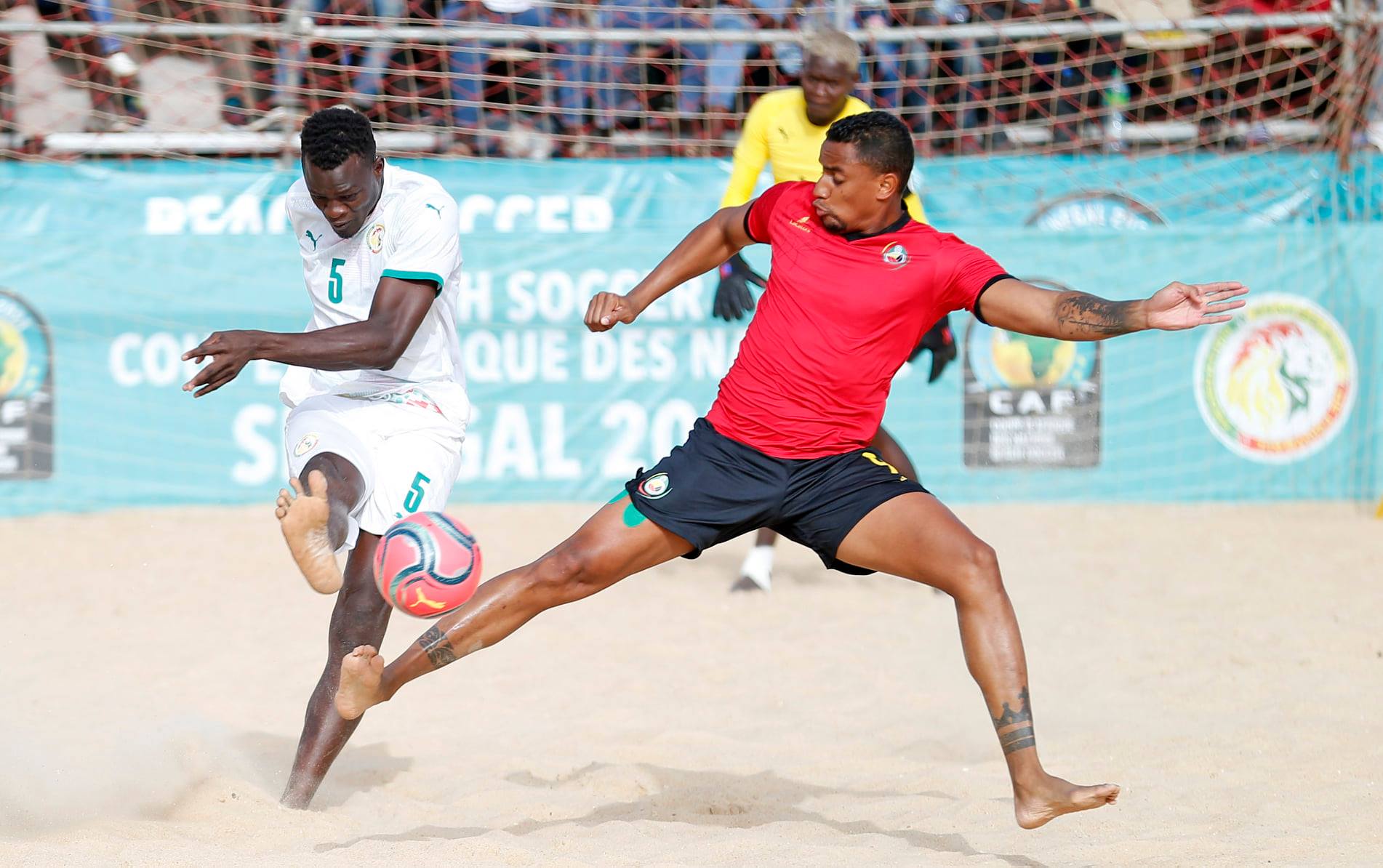 The Lions of the Teranga roared loud and bent Mozambique to become for the third consecutive time CAF Beach Soccer AFCON champion.

The host Senegal beat Mozambique 4 – 1 in the final of the CAF Beach Soccer Africa Cup of Nations to claim a new continental crown, their third consecutive one.

The hosts hit first in the opening period and managed to stay ahead for the remainder of the game. Mozambique managed to pull one back in the middle frame, but that was not enough against the three hits by Senegal.

Sylla’s lads managed to keep the biggest surprise of the competition under control, not letting the Mozambicans harm N’Diaye’s nets again, and solidly cruised to a new CAF Beach Soccer AFCON success. Their victory secured Senegal a place at the FIFA Beach Soccer World Cup Russia 2021 this august.

Mozambique, in turn, could not round their magnificent performance in Salt but will leave with the silver bronze and their brilliant first-ever qualification for the FIFA Beach Soccer World Cup Russia 2021.

In the fight for the third place, the Moroccan National team managed to bent Uganda with a hard-fought 5-3 win, thus claiming the bronze and repeating their last CAF Beach Soccer AFCON result.

Although the match was not awarding a place at the FIFA Beach Soccer World Cup, the El Hadaoui’s lads did not want to leave this year’s competition without getting themselves a place on the podium.

The Portuguese town of Nazaré hosted last weekend the Men’s and Women’s 2021 EURO Beach Soccer League and the prel[..]

From 27 to 29 May, around 250 people celebrated the opening of the new beach competition 'Copa Federación' in the Aren[..]

The Portuguese town of Nazaré will host the 2021 EURO Beach Soccer League and the FIFA Beach Soccer World Cup Qualifie[..]