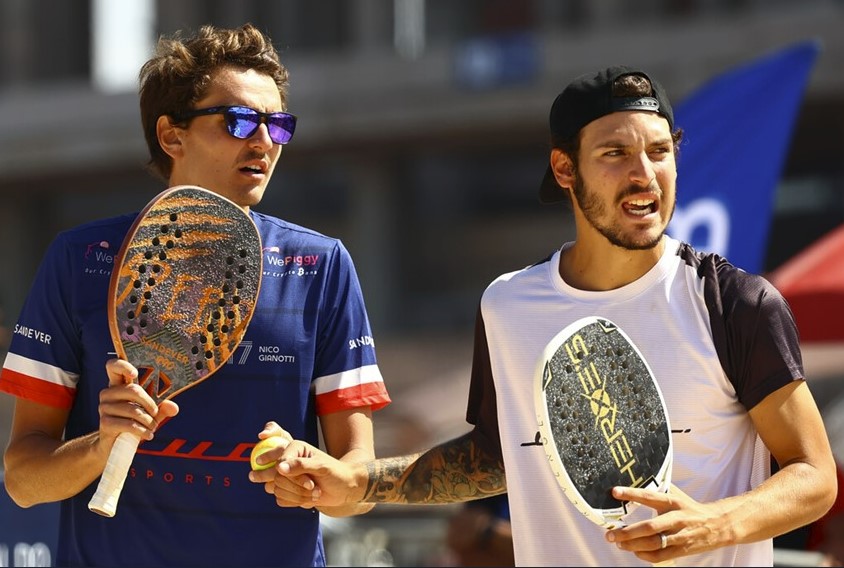 The ITF has announced a strong line-up for the 2022 Beach Tennis World Championships with all of the world’s top 10 women and men confirmed to be in Terracina from the 20-25 September.

The event is taking place on Levante Beach for the third time and players will be coming from 19 nations and five continents as they do battle across the week to be crowned World Champions.

Top seeds Michele Cappelletti and Antomi Ramos will no doubt be the ones to watch on the men’s side, having picked up a tour-tying seven titles as a pair including back-to-back victories at the BT400 Parnu and the Sand Series Saarlouis Classic, the latter of which saw them complete the Sand Series sweep.

Having fallen in the quarter-finals last year, the pair will be keen to continue their 10-match winning streak in the hope of capturing a fourth World Championship for Cappelletti and a second for Ramos.

The Italian-Spanish pair will certainly be wary of last year’s champions in Tommaso Giovannini and Nikita Burmakin, who are playing with new partners this year in the shape of Diego Bollettinari and Andre Baran respectively.

Burmakin and Baran have faced off against the co-world number ones four times since teaming up in June, securing the opening victory at the BT400 Valinhos, but three losses since then including a match tie-break in Parnu will see the pair eyeing up revenge.

Terracina local Doriano Beccaccioli will also look to go one further than his runner-up finish last year, this time partnering Theo Irigaray. His former partner Mattia Spoto will look to add a ninth title in 2022, eight of which have come with partner Nicolas Gianotti.

Meanwhile the women’s event will see top seeds Giulia Gasparri and Ninny Valentini looking to defend their title which they won in decisive fashion last year without dropping a set. It won’t be easy though as runners-up Patricia Diaz and Rafaella Miiller will look to avenge their loss from 2021.

The two pairs have faced off in three finals this year with the Venezuelan-Brazilian pairing coming out on top in two of those – in the BT200 Campinas in January as well as their epic Sand Series Reunion classic victory which ended 12-10 in the match tie break, saving multiple championship points in both the semi-final and final.

That semi-final on the Plage des Brisants saw them squeeze past Sofia Cimatti and Nicole Nobile, who have also been in formidable form of late having defended their Saarlouis crown last month and will look to put their quarter final loss from last year’s World Championships behind them.

Fellow Italian Flaminia Daina, recent winner in BT400 Marechal Deodoro with Sophia Chow, will also fancy her chances of capturing a first World Championships title, having been a runner up on two occasions in 2017 and 2018.

Alongside the professional matches, there will also be events at U12, U14, U16 and ITF U18 level as well as Seniors. The ITF will be showing matches on Centre Court live on its Youtube Channel and Facebook Page.