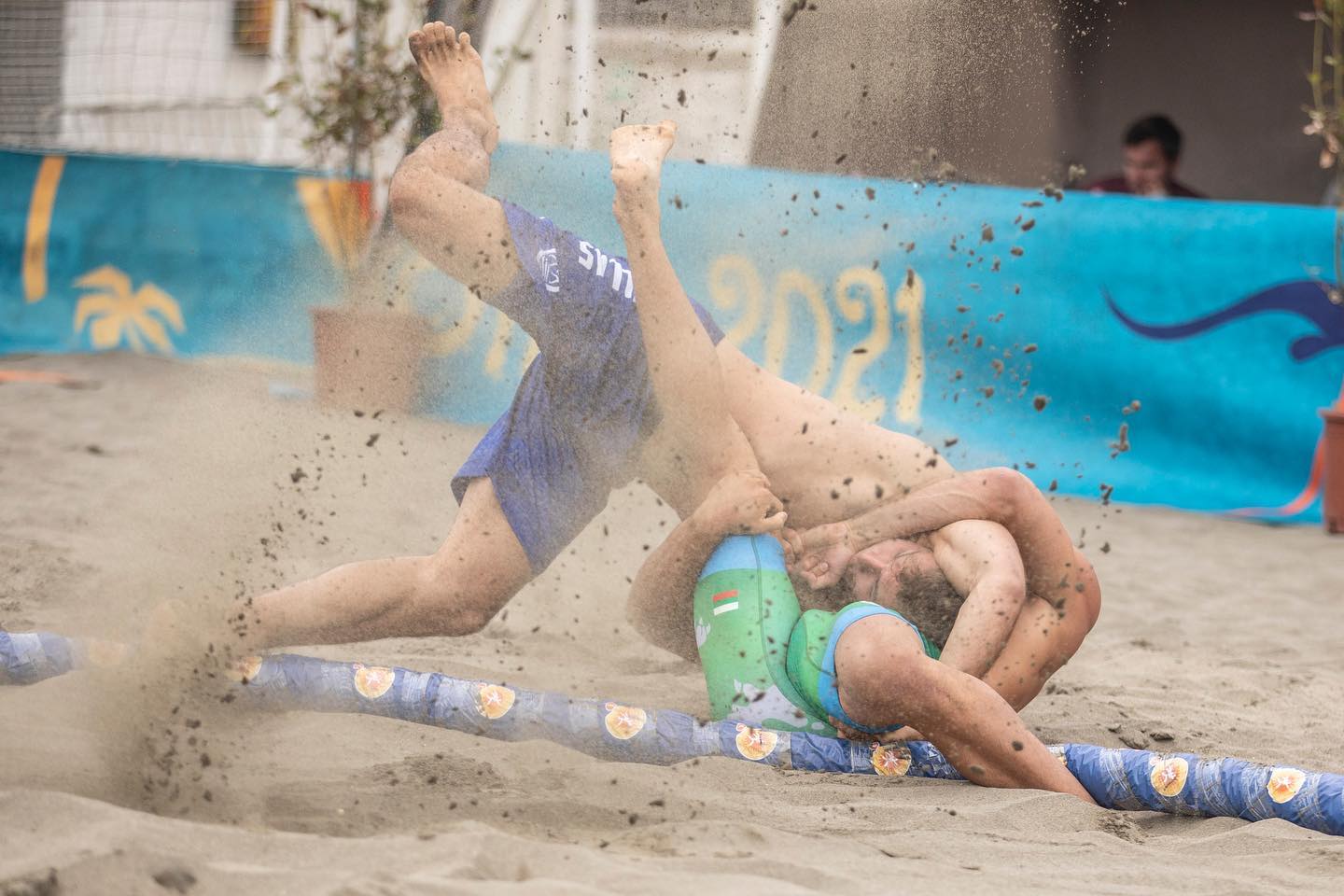 Ukrainian Wrestlers impress with three gold and one silver at the second stage of the 2021 Beach Wrestling World Series, with Italy securing a Gold medal on home soil

Rome’s Lido di Ostia in Italy hosted the second stage of the 2021 Beach Wrestling World Series between 3 and 4 September. 28 female and 52 male wrestlers from 17 countries grappled for gold and glory. The Italian tifosi cheered their team to new heights in the women’s heavyweight class as Enrica Rinaldi earned the first gold medal in this up-and-coming wrestling style. Iran and Bulgaria joined the World Series for the first time to mix up the matches while Priceputu and Ozturk have confirmed their dominance in their weight categories with their repeated wins.

For -50kg star Stefania Claudia PRICEPUTU it was a 2nd straight World Series win. After her victory in the season opener on the French Riviera in mid-July, the ruling Romanian literally left her competition on the Italian beach in the dust. Emine CATALOGLU from Turkey finished second, while France’s Julie Martine SABATIE, runner-up behind the Priceputu in the first event, made it to the podium with a bronze medal.

Mehlika OZTURK from team Turkey also added another victory to her name in the -60kg category. Just like in France, she defeated her Italian competitor Francesca INDELICATO in a heated final fight.

Bulgaria’s Sofiya Hristova GEORGIEVA took the World Series by storm. In March, the 25-year-old freestyle wrestler won one of the bronze medals in the 68 kg event at the Matteo Pellicone Ranking Series 2021, held only a few kilometres away from the beach, where she has now won silver in her beach wrestling debut in the -70kg category.

Beaten only by Alina BEREZHNA, the Ukrainian powerhouse that clean swept her weight class to another World Series win, the Bulgarian is one to watch for future Beach Wrestling competitions.

A fairy tale win for Enrica Rinaldi: the Italian heavyweight wrestler pushed through from a knockout round to the final fight against Bulgaria’s Mariya Gerginova ORYASHKOVA to achieve the maiden medal in gold for the Italian beach wrestling team.

In the men’s weight classes, the glorious Georgians experienced a day of defeat on Saturday when Oleksii BORUTA from the Ukrainian team defeated Levan KELEKHSASHVILI in the -70kg category to secure the first of two golds.

Only minutes after the first Georgian defeat, Davit KHUTSISHVILI lost his gold medal match against Ukraine’s Vasyl MYKHAILOV in the -80kg category. The Georgian looked like the clear favourite for the win until 30 seconds before the bout’s end, when Khutsishvili popped his shoulder but continued to fight to win the silver in style!

With Muhammad INAM from Pakistan, the -90kg class saw a former Beach Wrestling World Champion stand on top of the podium once again. In his first World Series appearance, the 2018 champion and 2019 ANOC World Beach Games winner showed his title aspirations right from the start. Leaving no room for doubts, Inam marched through to the top spot. Behind him was Ukraine’s Oleksii YAKOVCHUK in 2nd place, and Mihai Nicolae PALAGHIA from Romania, who edged the reigning World Champion from Georgia, Data MARSAGISHVILI out of the top three.

In the +90kg class, it was plain sailing for Beach Wrestling newcomer Soheil Eisa GHOLIPOURGOUDARZI. From the knockout to the gold medal match, the Iranian wrestler made winning look easy. Only Azerbaijan’s reigning champion Oyan NAZARIANI forced him to display a glimpse of weakness in the semifinal; a tight 1:0 win let the Iranian advance to the final round and his maiden golden glory.

From red hot Rome, the Beach Wrestling World Series heads straight to Katerini, Greece, for the third stop of the 2021 season on September 10 and 11. With back-to-back events, it will be a question of strength and stamina going in to the year’s final phase in Constanta.