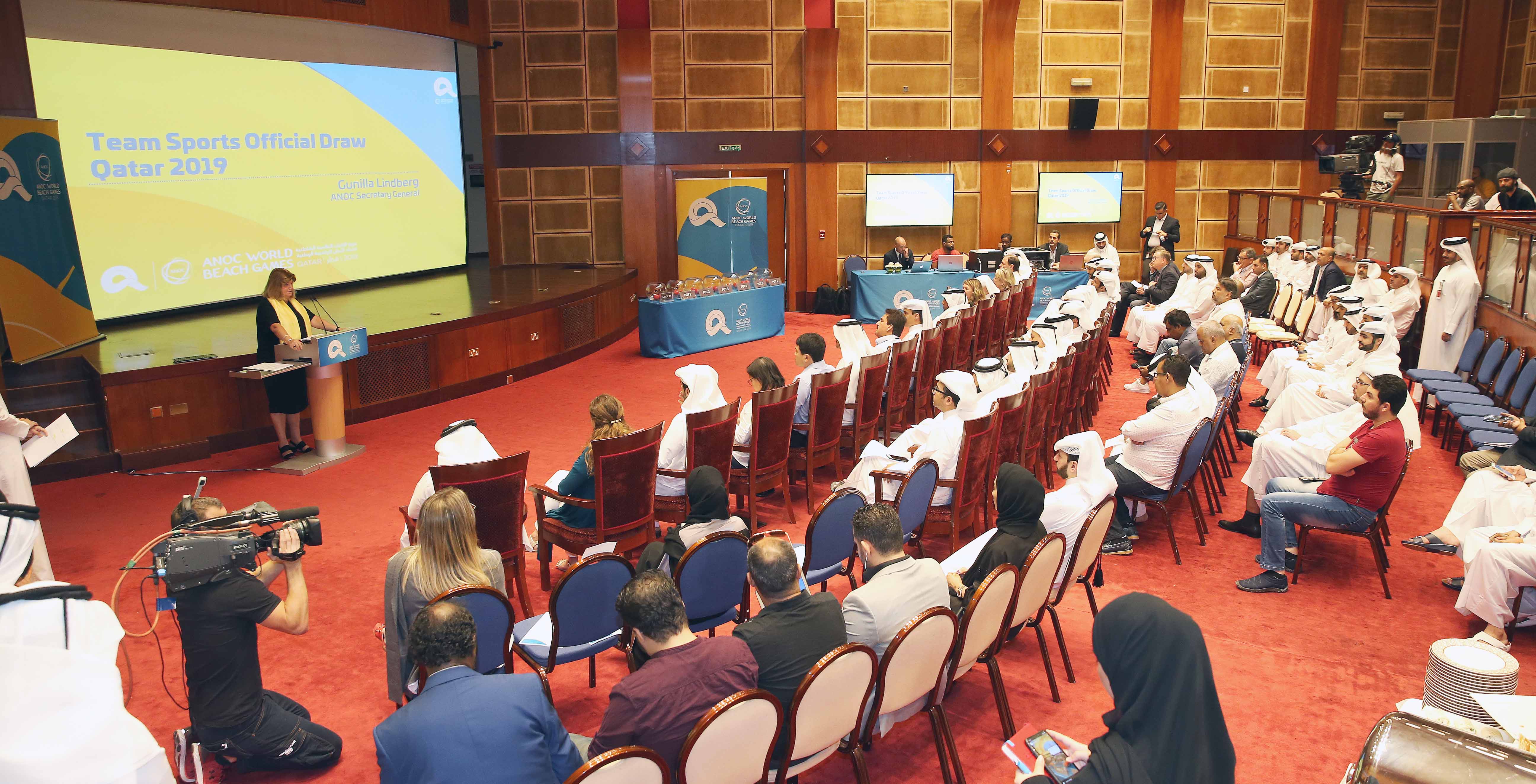 The official draw took place at the headquarters of the Qatar Olympic Committee (QOC) and was broadcast live on national broadcaster, Al Kass, as well as live streamed on the ANOC website. Vice President of the Qatar 2019 Organisng Committee and QOC Secretary General HE Jassim Rashid Al Buenain and ANOC Secretary General Gunilla Lindberg opened the draw with welcome remarks before the draw got underway.

“It is a pleasure to welcome you to Doha, the capital of our sports loving nation of Doha. On behalf of His Excellency the president of the QOC, as well as all of the Organising Committee, I would like to express our gratitude to ANOC for their trust in selecting us to host the inaugural edition of their elite games. This team sports draw represents another major milestone in the lead up to the Games. This is adding to the excitement that has grown since last June when we signed the host city contract. We wish the participating teams the best of luck and we look forward to welcoming you and all the world’s athletes in October.”

“I would like to express our gratitude to the government of Qatar and the Qatar NOC for their enthusiasm and commitment to hosting an unforgettable ANOC World Beach Games. Today we will find out which of the world’s best beach soccer teams and beach handball teams will face each other at the ANOC World Beach Games. We are delighted to be joined by representatives from Beach Soccer Worldwide and the International Handball Federation for this draw. We thank them and all participating International Federations for their excellent cooperation and partnership. With their support and the support of the NOCs and all stakeholders in Qatar we have no doubt that the first ever ANOC World Beach Games will be a great success.”

President of Beach Soccer Worldwide Juan Cusco began the draw for Beach Soccer by thanking ANOC for showcasing beach, water and action sports through the ANOC World Beach Games and the QOC for their excellent preparations for the Games. Josep Ponset, Beach Soccer Technical Delegate then led the draw. A total of 16 men’s teams were split into four pots through seeding and the drawing of lots and were drawn into four groups, while eight women’s teams were split into two pots and drawn into two groups.

ANOC is administered from its headquarters in the Olympic Capital, Lausanne, where it has been based since June 2010. ANOC strives to protect and promote the collective interests of the NOCs by delivering an unprecedented level of assistance and support. ANOC also aims to build and strengthen the relationships between the NOCs and the Olympic Family for the benefit of the entire Olympic Movement.