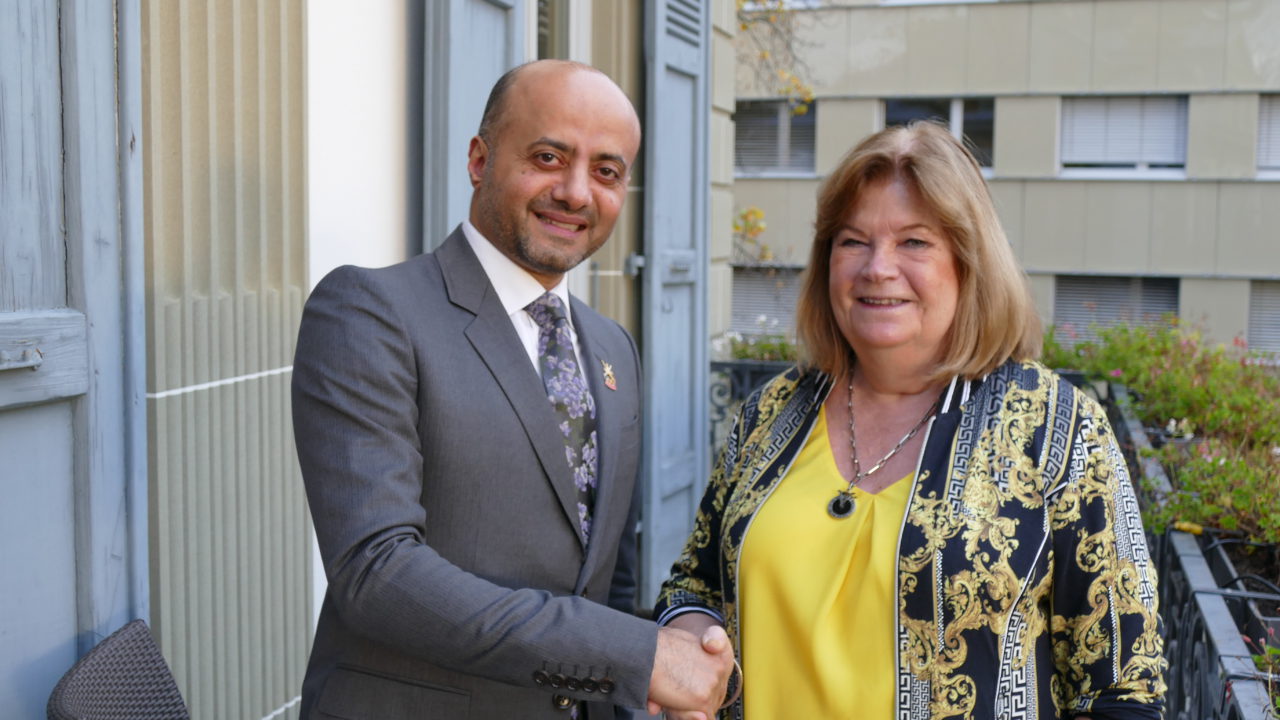 The President was joined by Oman Olympic Committee Secretary General Mr. Taha bin Sulaiman Al Kishry. During the meeting, Secretary General Lindberg thanked Oman for their support in offering to host the ANOC World Beach Games when the location was moved and expressed her hope that there may be a possibility to host an ANOC event Oman in the future. The group discussed further close cooperation between their two organisations as well as the ongoing development of sport in Oman.