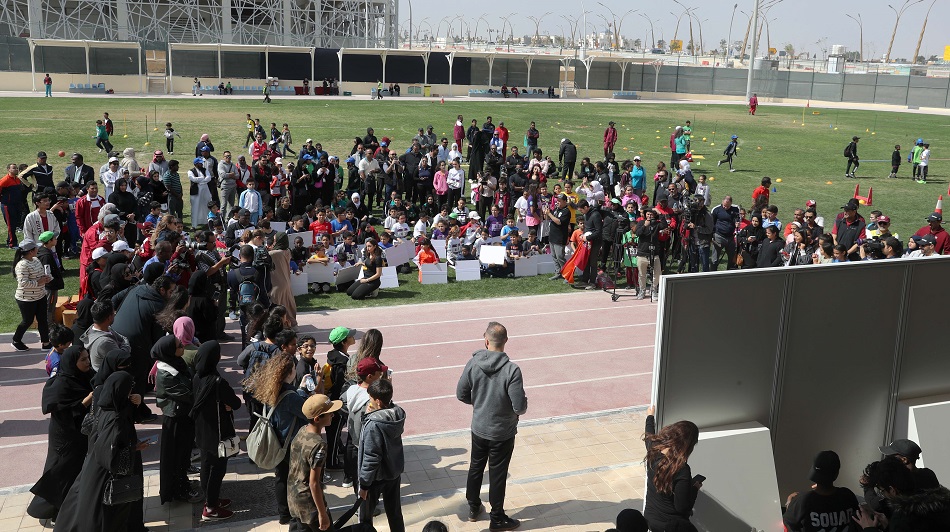 The Qatar Olympic Committee has arranged a well-equipped Sport Village at Barahat Msheireb for the occasion, opened its gates earlier from 8 AM to 8 PM to all age groups to participate in multiple activities and competitions, including Athletics, Basketball, Volleyball, Gymnastics, Table tennis, Boxing, Wrestling, Taekwondo , Karate and Judo.

His Excellency, Sheikh Joaan bin Hamad Al Thani, the President of the Qatar Olympic Committee participated in the team Qatar’s celebrations, which took place at Barahat Msheireb on that day.

Citizens and residents from across the country came together to play and enjoy inspiring games, on the same track of inspiration, team Qatar champions, headed by the world and Olympic high jumper, Mutaz Essa Barshim have also inspired the young Qatari generation during this prestigious event.

The event have also seen participation from senior Qatar’s sport officials including H.E Dr. Thani Abdulrahman Al-Kuwari, the Second-Vice President of the QOC, H.E  Jassim Rashid Al Boenin, the QOC Secretary General, along with Heads of Sport Federations and directors of QOC’s departments.

Team Qatar celebrates the country’s National Sports Day annually under the theme of (Sport For Life) with aim to promote the sports, the  physical education and to ensure sustainable development across the country.

The Women in Sport Committee of the Hungarian Olympic Committee held a conference on the role of women in sport, attende[..]