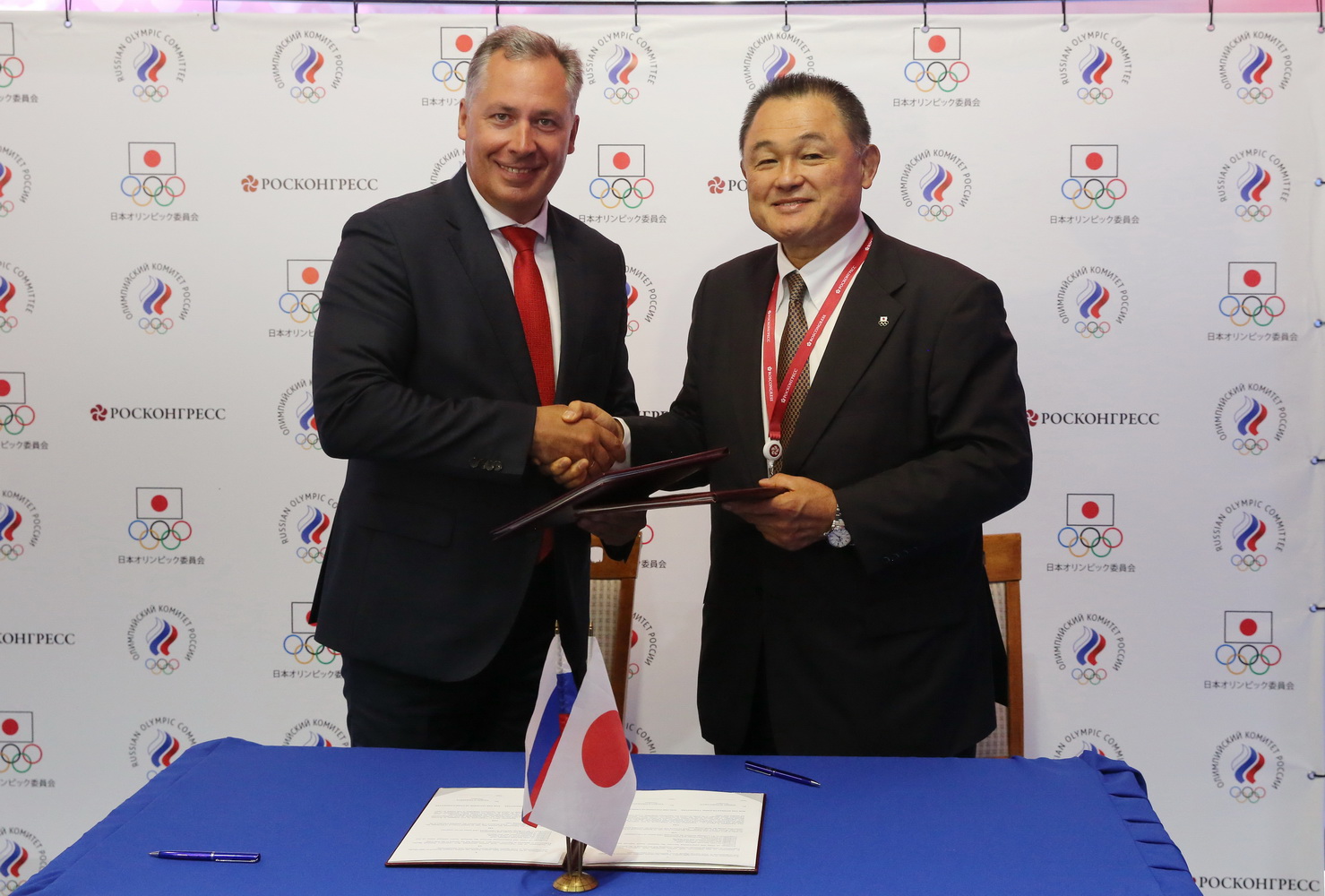 The agreement is intended to promote the development of the partnership between the two NOCs, strengthen friendly relations between athletes of both countries, and deepen mutual understanding between the peoples of Russia and Japan.

The Memorandum of Cooperation provides for organizing planned exchanges of athletes and coaches between the national sports federations of both countries for them to participate in competitions and training camps, as well as exchanges of officials, staff, instructors, judges, experts and researchers for their participation in seminars, courses and consultations on issues of coaching, medicine and anti-doping.

As part of the Memorandum’s signing ceremony attended by Advisor to the President of the Russian Federation and First Vice President of the ROC Igor Levitin, and IOC Deputy Director General Pere Miró, participants and guests also had the chance to look at the unique exhibition of artifacts of the 1980 Summer Olympics, which occupies a central place on ROC’s platform (organized as part of EEF 2019) in the centre of Vladivostok and is open to the public.