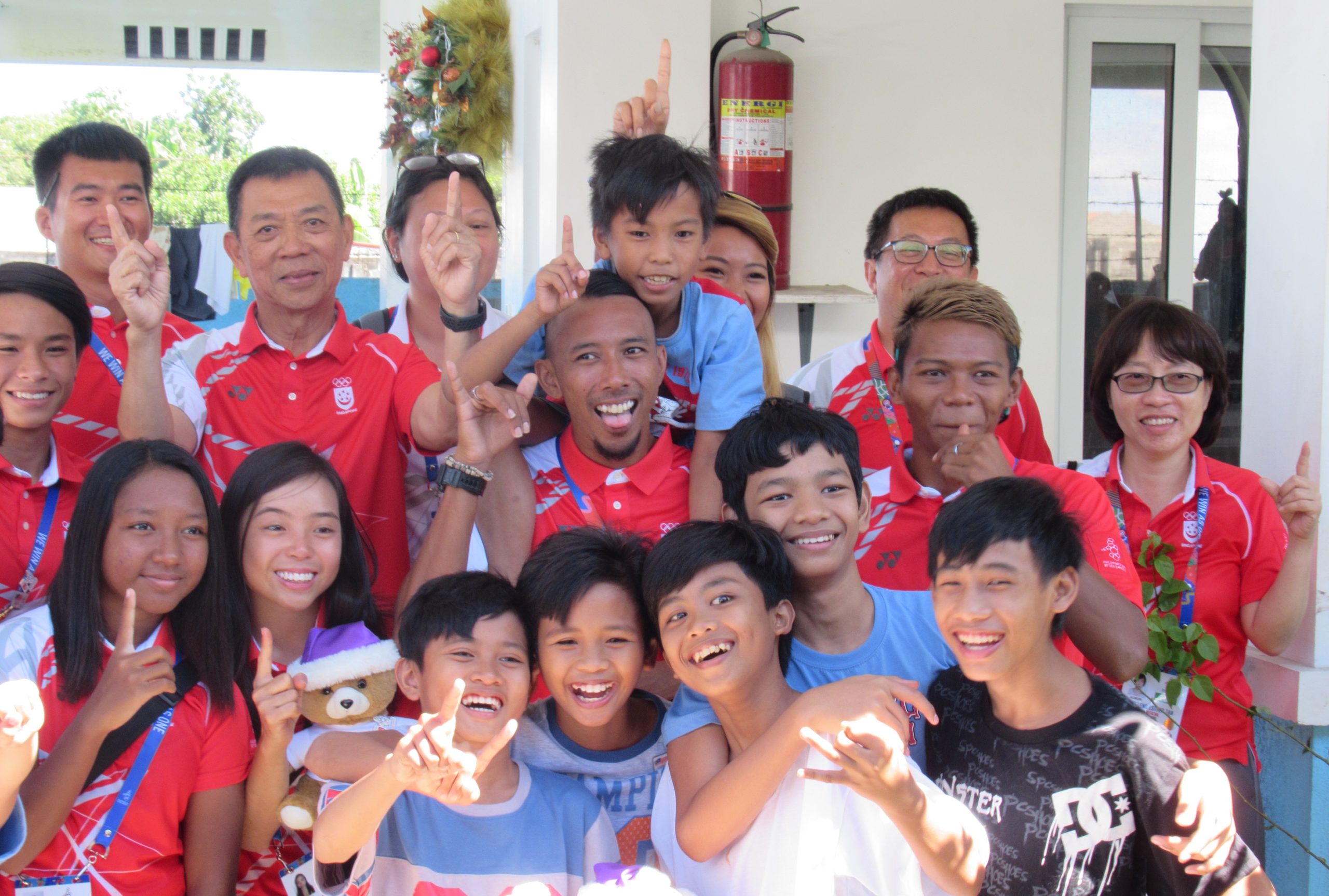 The Singapore National Olympic Council stepped aside from the 30th Southeast Asian Games in the Philippines on Monday to bring a little festive cheer to an orphanage near the Clark venue cluster.

The Secretary General of the Singapore NOC, Chris Chan, together with team officials and athletes visited the Duyan Ni Maria Children’s Home in Mabalacat City, Pampanga province, 100km north of the capital Manila. They brought cuddly toys, food and drinks, a cake and gift vouchers for the local shopping mall in an act of goodwill that cheered the children and humbled the adults in equal measure.

“I received a gift in my hotel room and it said all proceeds would go to Duyan Ni Maria Children’s Home, I made further inquiries and found that the home was quite near our NOC hotel, the Quest, in Clark; with the help of the hotel, who made the cake and provided other sweet treats, we organised this visit and asked our athletes to come along after they had finished their competition.”said Chris.

The delegation of around 20 athletes and staff were greeted by Sister Alessandrina M. Casas, who founded the school in 1988 and is now a sprightly 89 years old. The athletes and children played games and took souvenir photos before enjoying a takeaway lunch from a branch of the Filipino fast food favourite Jollibee.

The NOC then presented the special cake complete with Singapore flag and SEA Games 2019 logo and Mr Chan handed over 100,000 Peso (2,000 USD) in gift vouchers for the SM shopping mall.

“I think it’s been great to bring the athletes here,” he added. “If we have brought a little cheer to the children and helped to brighten their life, and our athletes have been touched by this and it has made them a better person, then we have achieved our goal.”

The orphanage, which is funded entirely by donations, accommodates around 40 children aged from 1 to 18 who have been abandoned, neglected, deprived or even abused. They study at a nearby school and, like all children, have dreams to be teachers, engineers and even a cosmetic surgeon.

Angel Paras, fluent in English and a keen badminton player at 13 years old, hopes to be a teacher when she completes her education. “I have been watching the SEA Games on TV every day and I want to thank the athletes from Singapore for coming here,” she said.

The children sang a song of gratitude to the delegation before the athletes and officials boarded the transport back to the SEA Games.

“This was the highlight of the SEA Games for me,” said Chris Chan. “It really touched my heart and my soul. Winning a gold medal is one thing – but nothing can match what our athletes have done today.”