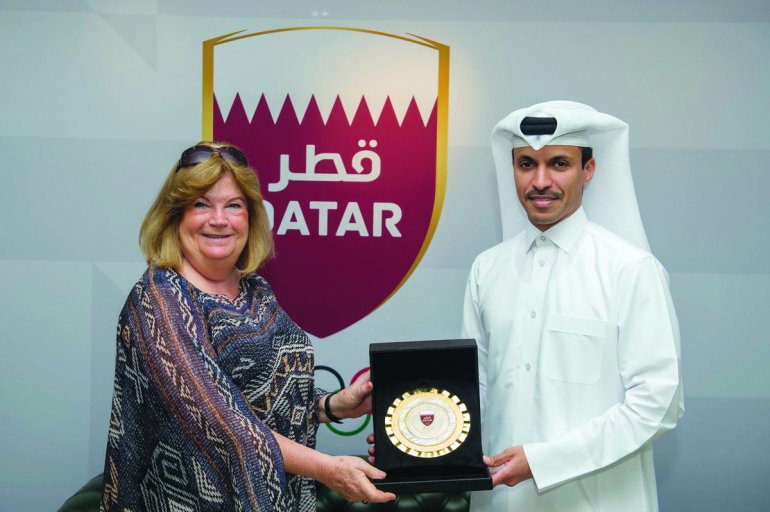 During the meeting, the two Secretary Generals discussed preparations for the ANOC World Beach Games, ANOC General Assembly and ANOC Awards which will be taking place in Qatar in October. Preparations are well underway and good progress has already been made in a short period of time. Secretary General Lindberg praised he QOC for their work and expressed her complete confidence that they will host fantastic events for the world’s NOCs and their athletes.

The meeting took place ahead of an important week for the ANOC World Beach Games in Qatar. From 5-6 July, there will be a International Federation (IF) Technical Delegate (TD) meeting with TDs from each of the participating IFs in attendance to meet with ANOC and the Local Organising Committee. Following that there will be an NOC Chef de Mission seminar from 8-11 July with more than 100 NOCs expected to attend.