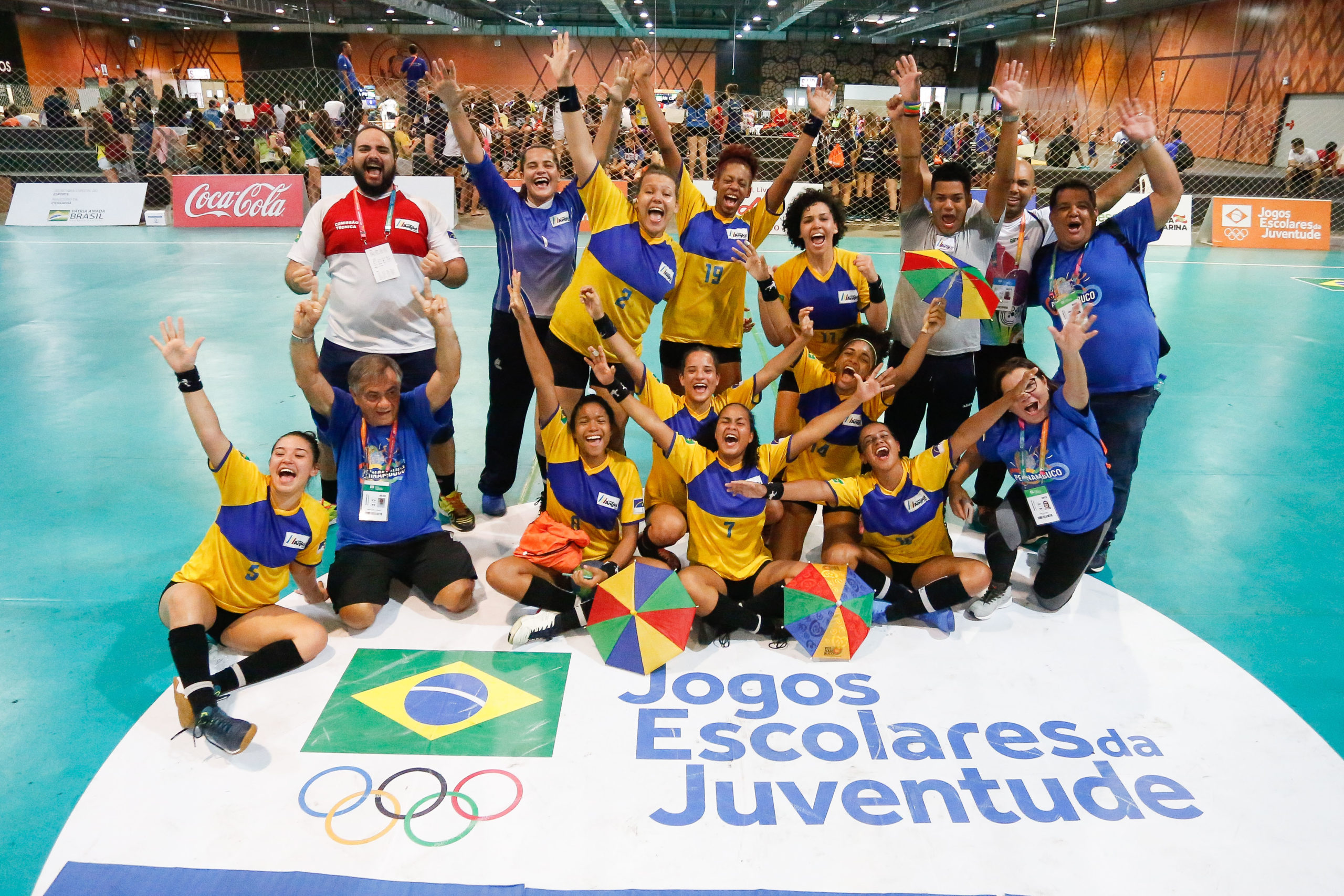 The final stop of the 2019 edition of the Youth School Games, carried out in Blumenau (SC), Brazil. Organized since 2005 by the Brazil Olympic Committee (COB), the largest student competition of the country gathered a total of 4,998 athletes, from 12 to 17 years old, coming from the 26 Brazilian states and Federal District, Japan, and even Angola. An unforgettable experience for the great talents of sports.

“The final balance is quite positive. We received many compliments from athletes and representatives of all states. We know that some things may always be improved, but we were once more able to serve everyone with much quality”, declared the Sports Development executive manager of the COB, Kenji Saito.

The magnitude of the event may be illustrated by some figures made available by the Local Organizing Committee. In only two weeks, around R$ 35 million were directly injected into the local economy. At the Games’ Conviviality Center, located at Vila Germânica, almost 90 thousand meals were served to the 7 thousand credentialed people. But that’s not all.

The competition was also a success on social networks. The 85 live transmissions on the Youth School Games’ on Facebook attracted over 1 million spectators.

In the Sports Development field, the main novelty was the implementation of the Evaluation and Monitoring Center, which recorded the data of over 2 thousand students from 12 to 14 years old so that the COB may begin to draw the motor profile of these youth and get to know the characteristics of who came through the School Games.

“We also had the launch of the Young Athlete Career Programme, which shows the COB’s care with the student’s training, reinforcing the importance of conciliating sports and education. We also offer the Basic Management Course for Coaches, at no cost to participants, besides presenting the Doping Education and Prevention Program. The athlete must be well informed about this theme from the beginning of their sports career”, Kenji emphasizes.

In 2020, the School Games will disembark for the first time in Aracaju (SE) and Gramado (RS), where two regional rounds of the event will take place. The definition of the host cities of the third regional round and the national phase should come out in the next months.

“We have many cities that are interested in hosting the competition. This demonstrates that we have good planning, that we work in advance, and that the team present at the Games is capable of delivering a great event”, Kenji finalizes.