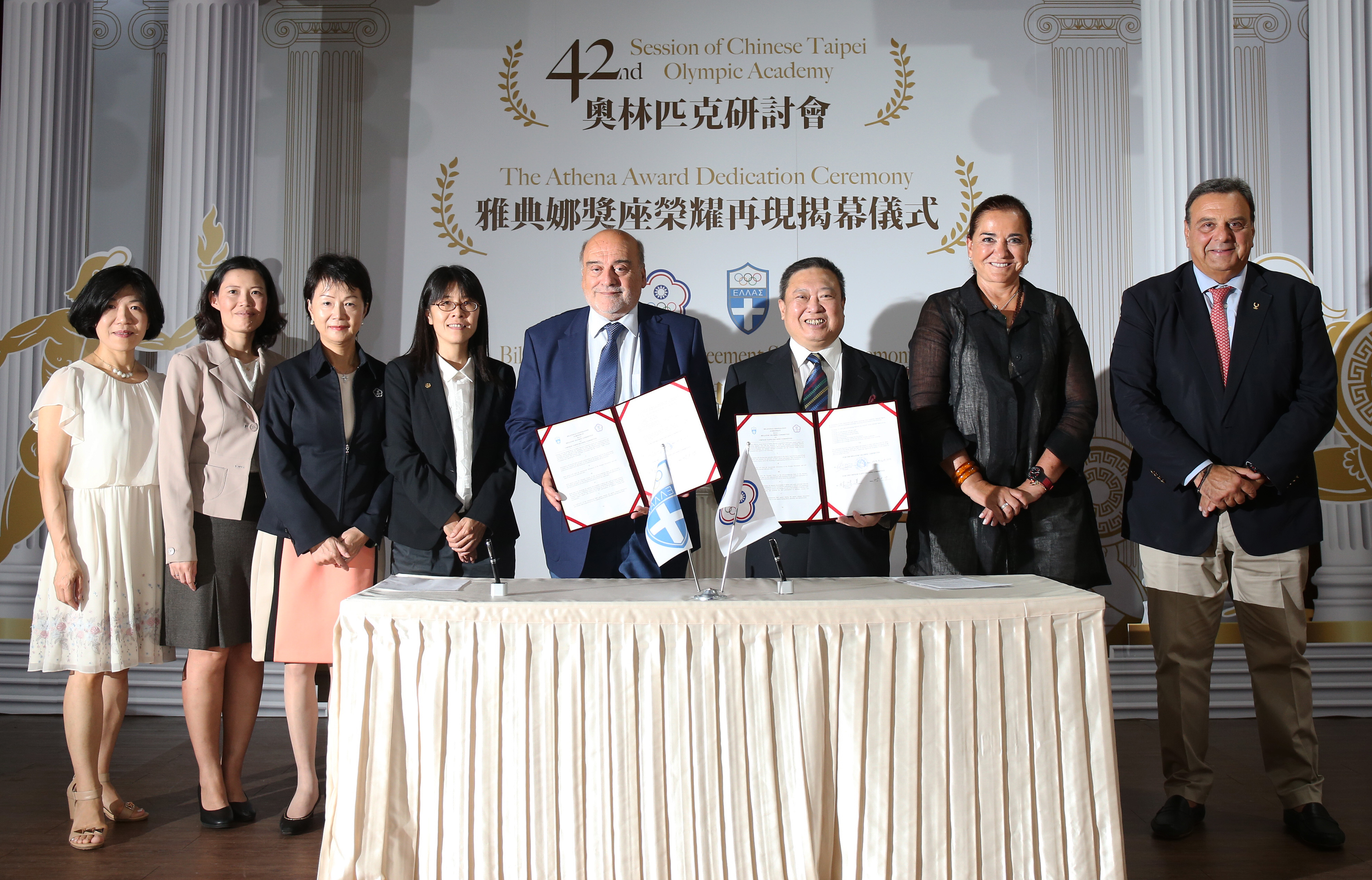 Mr. Hong-Dow LIN, President of CTOC and Mr. Emmanouil Kolympadis, Secretary General of HOC, inked the Agreement at the signing ceremony with Mr. Che-Hung LIN, Deputy Director General of Sports Administration, Ministry of Education and many distinguished guests as witness.

The Ceremony was attended by guests from afar, Mr. Isidoros Kouvelous, President of International Olympic Academy, Ms. Theodora Bakoyannis, Greek Parliament member, and many distinguished guests from Taiwan. This is the 37th NOC to sign a Bilateral Cooperation Agreement with Chinese Taipei Olympic Committee.

The president of Chinese Taipei Olympic Committee, Mr. LIN pointed out that, under the support of the Bilateral Cooperation Agreement, there have been several cooperative projects established in many NOCs in various domains over the years. It is expected that a closer binds/closer relationships between the two NOCs would be taken into a new height.

The agreement encourages cooperation in areas including sports exchange, staff exchange, medical science, anti-doping, National Olympic Academies and many more. The president of the Chinese Taipei Olympic Committee expected the relationship between the two NOCs would be further promoted in the lead up to Tokyo 2020.