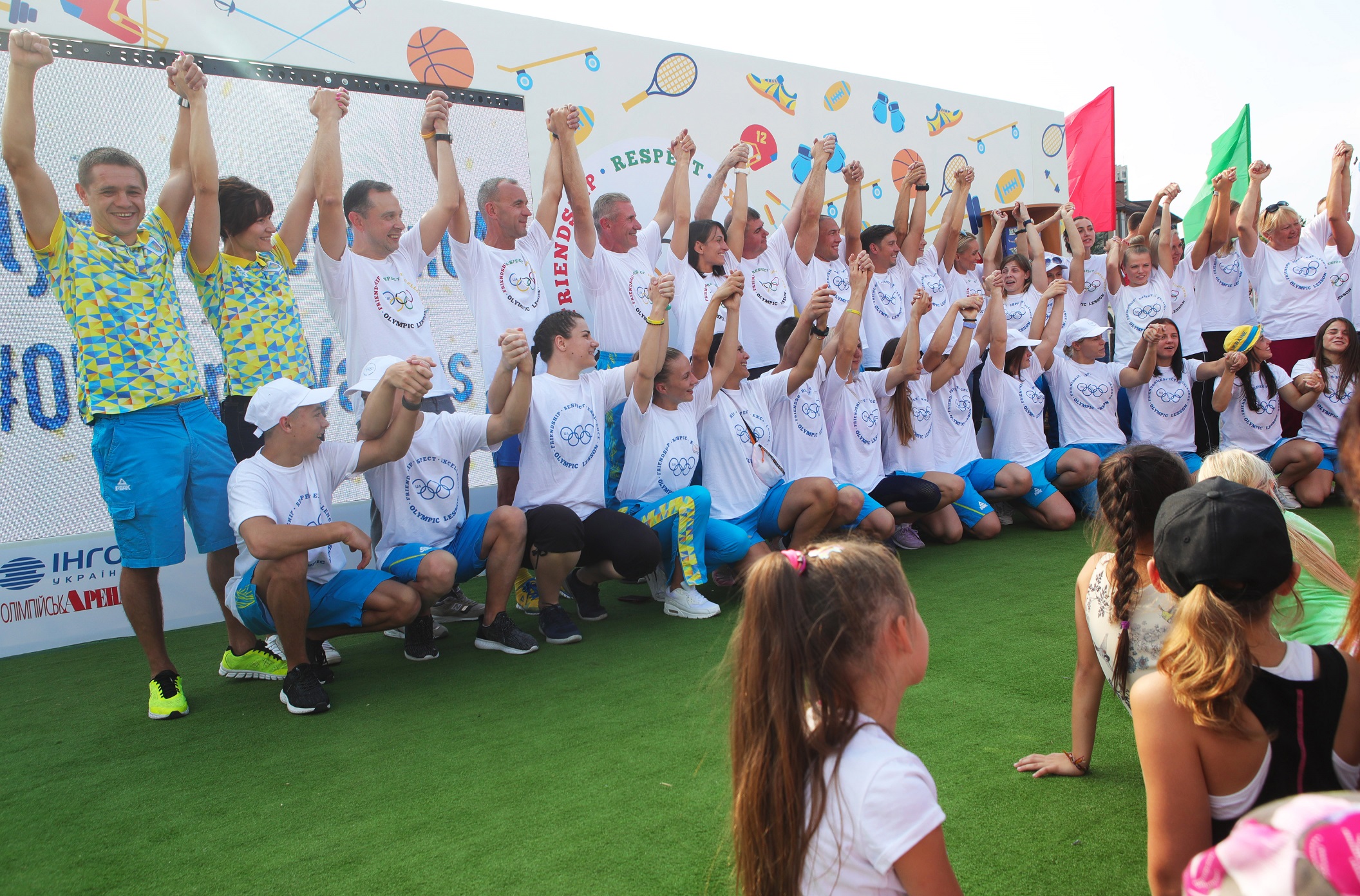 The first week of the new academic year has ended for students and parents of Ukraine with great Olympic festival. On September 7, the annual NOC of Ukraine project Olympic Lesson-2019 was launched.

The sporting holiday was dedicated to the Day of Knowledge and the Day of Physical Culture and Sports, which Ukraine will celebrate on September 14.

This year Olympic lesson was devoted to the Olympic values ​​- friendship, excellence and respect.

“Olympic values ​​are very important for us and for the youth especially. Let’s be together, respect and appreciate what sports and the Olympic movement bring to our lives, let us never give up and move forward to excellence,” – the president of NOC of Ukraine and Olympic Champion Sergey Bubka said.

36 Olympic and non-Olympic sports venues, both on land and on the water, were waiting for the participants of the festival, where everyone was able to join the exciting Olympic quest. Thousands of participants, as in the classic lesson, together with dozens of famous Olympians were asked to get Olympic diaries and take a kind of exam on the court.

However, for their success, instead of the usual grades, the “students” received special stickers in the diary those could be exchanged for the special Olympic gifts.

After the start in Kyiv, the capital of Ukraine, Olympic lesson will cover all the regions of Ukraine.