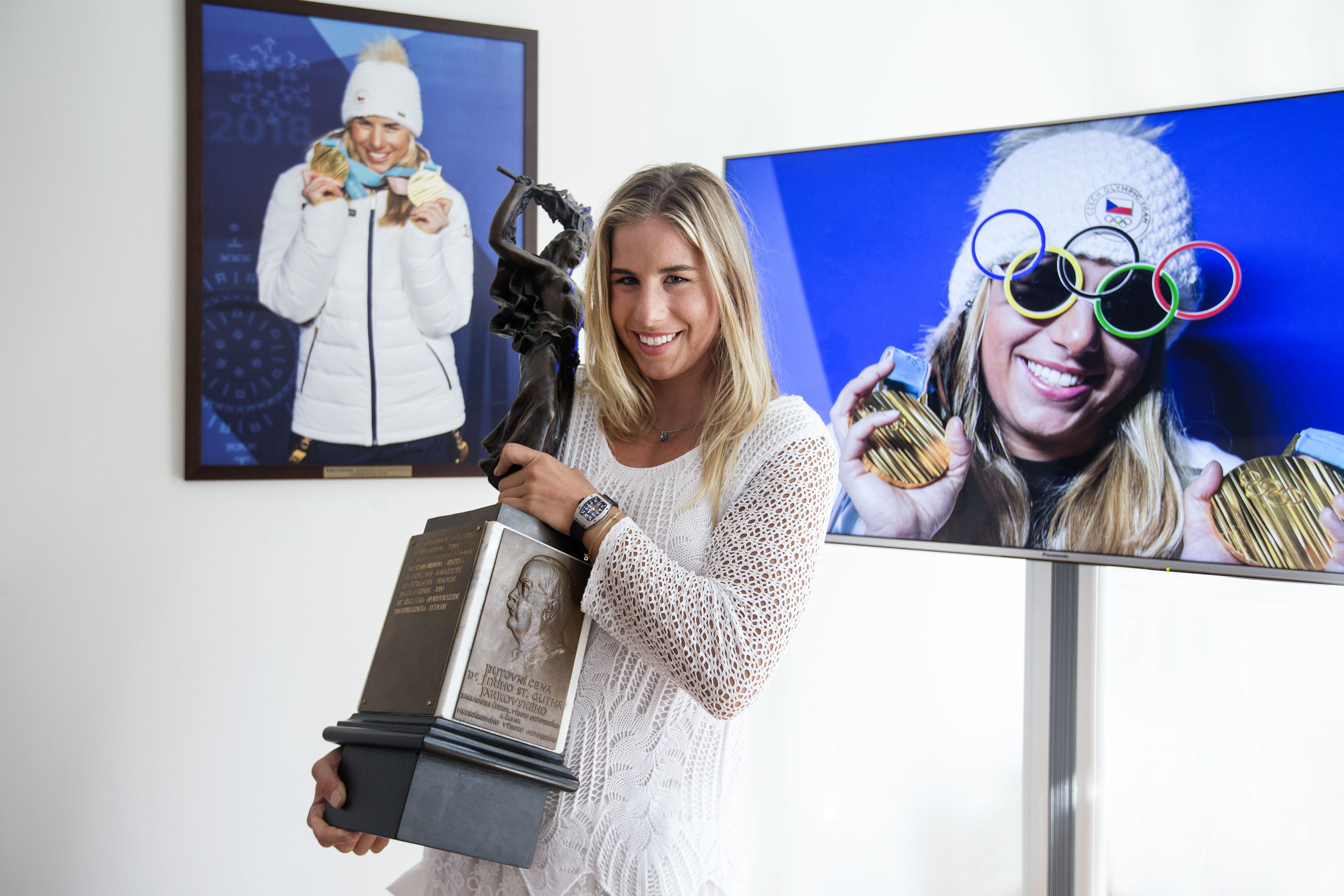 The Jiri Stanislav Guth-Jarkovsky Award is the Czech Republic’s longest-standing and most sought-after award; established in 1933 and named after the founder of Olympism in the Czech Republic. Since 2015, the winner has been decided by athletes with this year’s award being selected by members of the Czech Olympic teams that competed at Sochi 2014, Rio 2016, PyeongChang 2018, and the World Games in Wroclaw 2017 and European Games in Baku 2015.

Ledecká made history at PyeongChang 2018 by spectacularly winning gold in two different sports – super-G in alpine skiing and parallel slalom in snowboarding – becoming the first female to ever achieve such a feat. Her outstanding achievement was recognized by National Federations, the Athlete Commission of the Czech Olympic Committee and fellow athletes as she came away as the clear winner of this year’s Jiri Stanislav Guth-Jarkovsky Award.

Ledecká who was presented with the award by elite climber and 2014 Jiri Stanislav Guth-Jarkovsky Award winner, Radek Jaroš, said: “I really value this award. It is special because athletes themselves – each of whom have their own sport and life story – vote for the winner. It feels almost inappropriate to be among such legends who have received this award before me, but I am very happy for that.”

Czech Olympic Committee President Jiri Kejval said: “Even among sport’s superpowers Ester`s achievement is very exceptional. I am glad that athletes acknowledged that.”

Secretary General Petr Graclík added: “I will always remember where I was when Ester won her medals. It was a similar experience for me as when the Czech Ice Hockey team won the Olympic Games gold in Nagano.”

The award was announced by David Svoboda, Olympic gold medalist in modern pentathlon from London 2012 who said: “Ester achieved a very rare double. She became a part of sports history. All athletes are very proud that it is a Czech athlete who managed such a great achievement.”

The special award ceremony was attended by Ledecká’s family and more than 30 athletes, including double Olympic champion, Štěpánka Hilgertová (canoe slalom), Olympic champion in rowing Mirka Topinková Knapková (past winner of the award) and many other successful athletes and sports personalities.