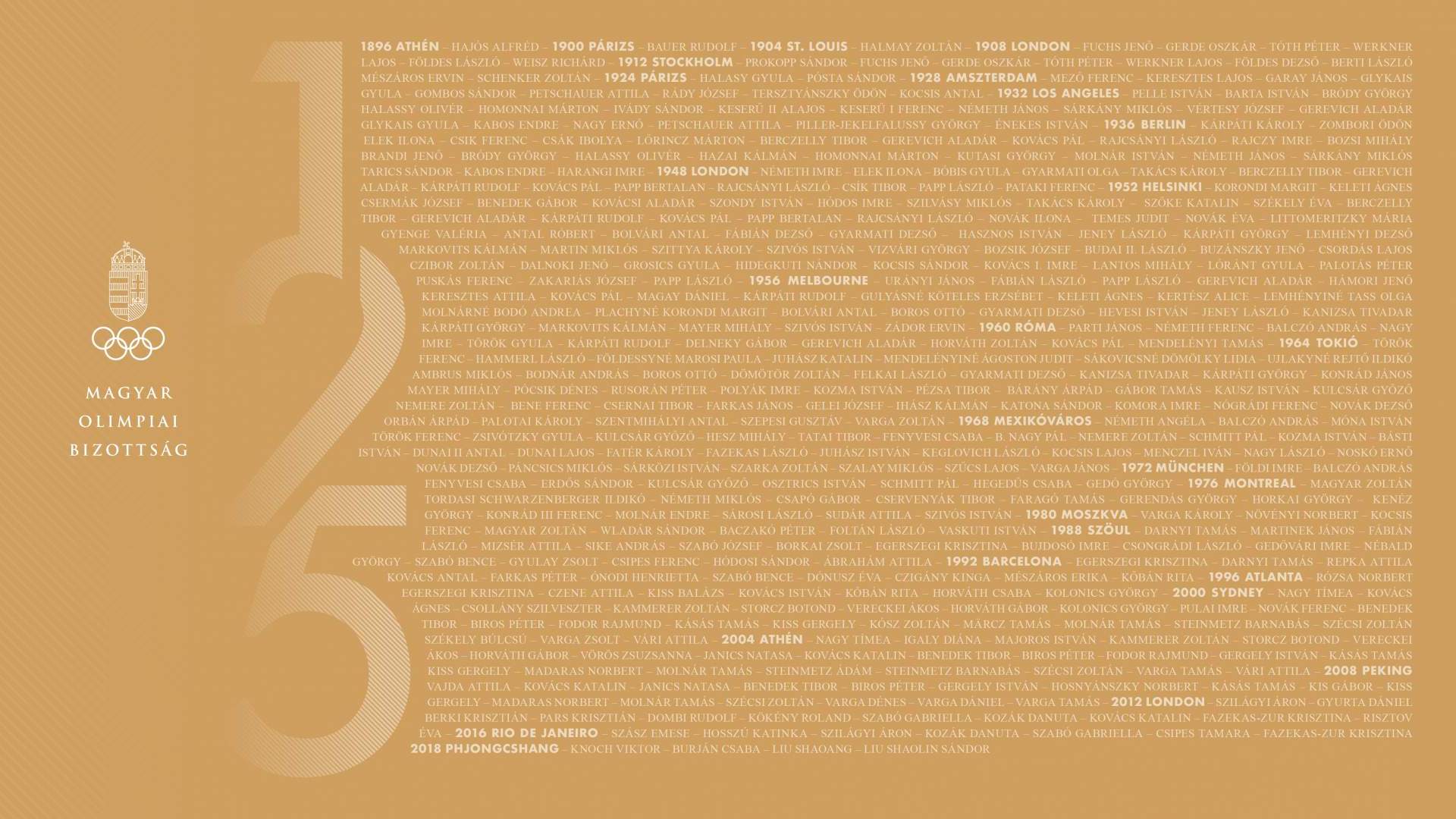 One of the oldest civil society organisations of Hungary, the Hungarian Olympic Committee celebrated the 125th birthday of its establishment. Founded on 19 December 1895, it is registered as the world’s 6th National Olympic Committee.

Albert Berzeviczy was the first at the helm of the organisation, while Ferenc Kemény was the first Secretary General, who played an essential part in the foundation of the International Olympic Committee and had friendly ties to Pierre de Coubertin. Ever since the dawn of modern Olympic Games, Hungary has been an active member of the Olympic family.

During these 125 years Hungary amassed 502 medals at 33 Olympic Games in 21 sports. The tally is 177 gold, 151 silver and 174 bronze medals. Fencing is the most successful with 37 gold medals (87 medals in total), while swimming is the runner-up with 28 triumphs (73 medals in total) and canoe sprint is third with 25 gold medals (80 medals in total). Hungarian athletes won 4 medals (1 gold) in art competitions. The first ever Winter Olympic gold was won by the men’s short track speed skating team in 2018. The men’s football team is leading the international rankings with 5 medals, out of which 3 are gold. The renowned fencer Aladár Gerevich holds the record for most Olympic golds in Hungary with 7 triumphs.

Every Summer Olympic Games Hungarians have attended, the athletes came back with at least one gold. The Hungarian delegation missed two Summer Olympics owing to politics and participated at every Winter Olympic Games. The Helsinki 1952 Games have been the most successful so far as Hungarians won 16 gold, 10 silver and 16 bronze medals, earning 3rd place among nations.