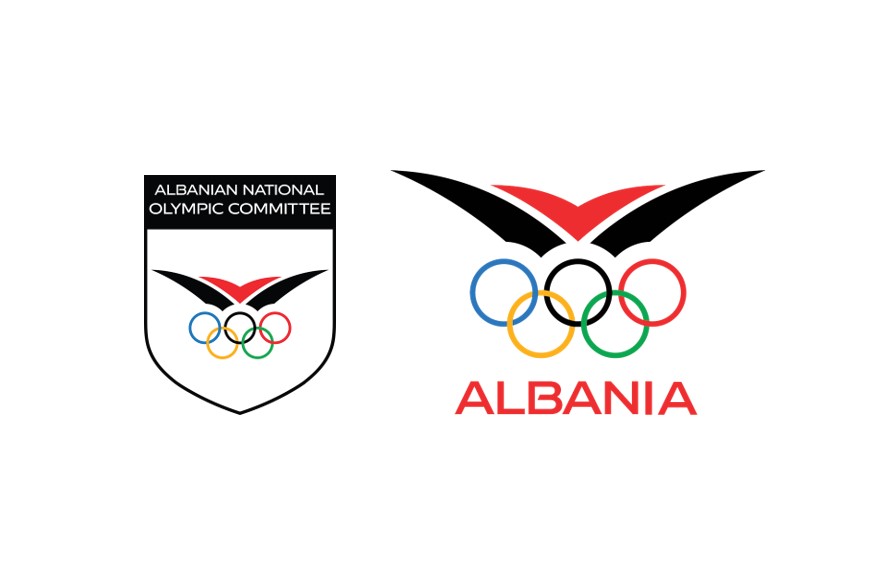 The Albanian NOC General Assembly has approved the new institutional and commercial logo.

The new logo combines two shapes of the same eagle, the symbol of Albania, meanwhile, the eagle with its keen eyes symbolizes courage and strength, also considered “king of the skies”. An eagle represents strength, a higher perspective, loyalty, victory, power, foresight, vision, and manifestation. The wings of the eagle unite the Albanian sports disciplines around a unique symbol of the importance of honesty and truthful principles.

Below, in the second part of the logo is the Olympic symbol.  At the same time, the logo in its entirety symbolizes the necklace (black and red lines) and the medallion (Olympic rings), which represents the victory of a country in an international competition.

“With this new brand identity, we would like to express ourselves in a modern way and adapt our communication to the Olympic Values such as excellence, friendship, and respect. We are focused on victory, but also on building new bridges not only through the design but through the meaning of the symbolic part as well. We are the Albanian Sport Movement and we are proud of being part of the International Olympic Movement” said Mr. Fidel Ylli, Albanian NOC President