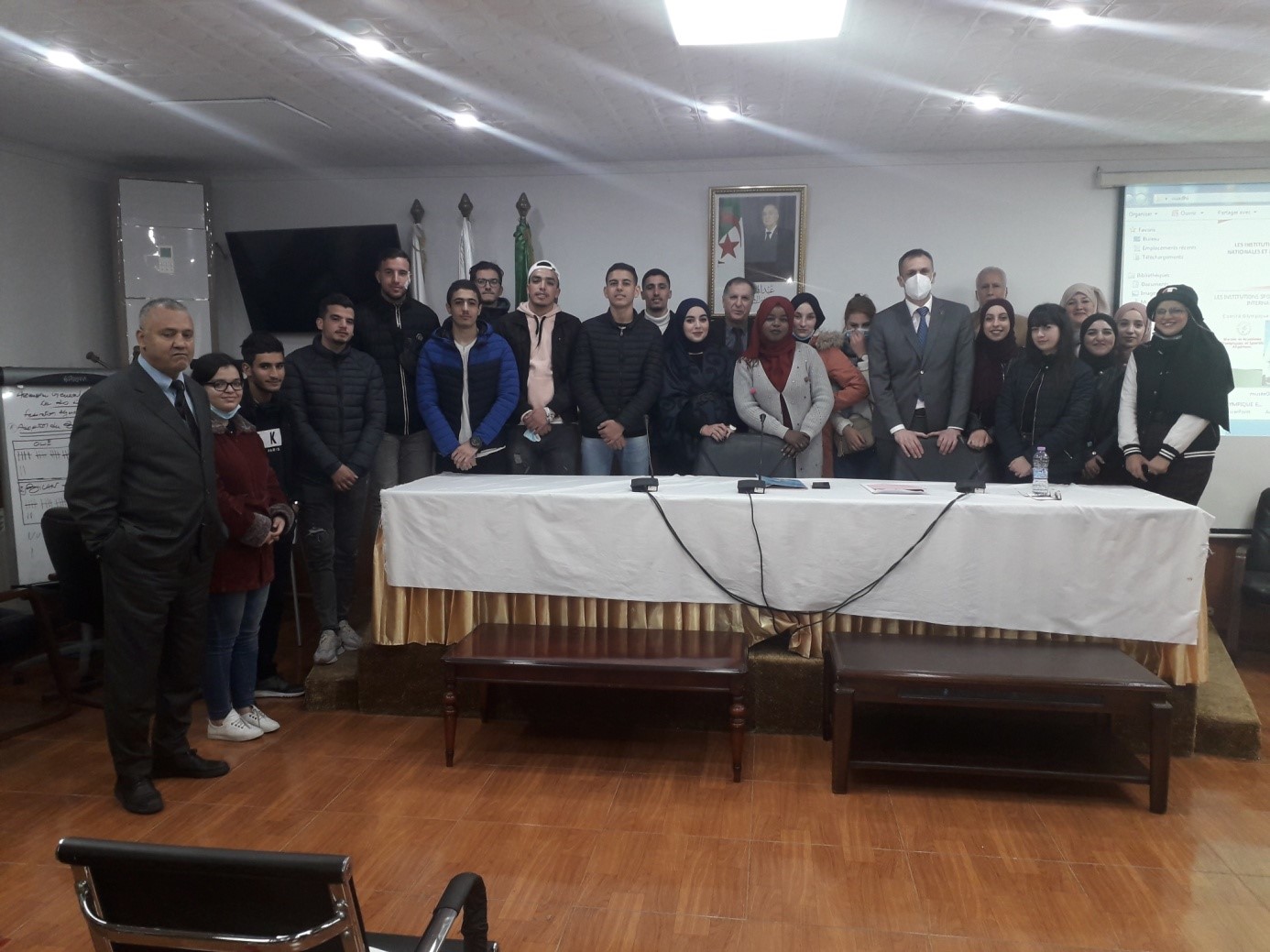 As part of the implementation of the cooperation agreement signed between the Algerian Olympic and Sports Committee (COA) and the National School of Journalism and Information Sciences, a training course was organized on February 22 and 23, 2021 at the COA headquarters and which brought together Masters students in journalism and sports communication.

This training was structured around the following themes:

Mr. Abderrahmane HAMMAD, President of the COA enhanced the work of this training with his presence.