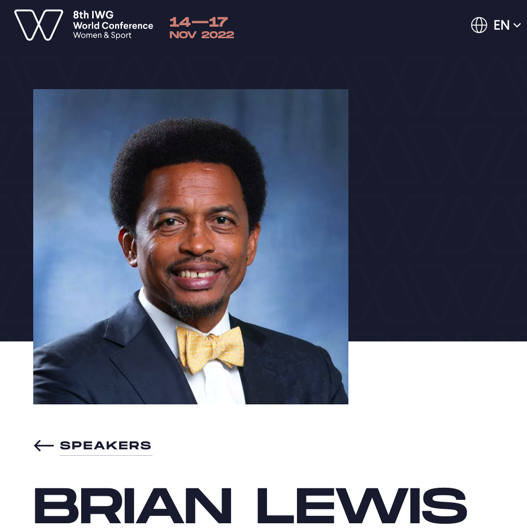 Lewis’s attendance at the event was supported by ANOC in his role on the Gender Equity Commission. He sat on two panels that focused on male allyship during the Conference.

Speaking in a feature in the Trinidad & Tobago Guardian, Lewis said:

“Last week during the eighth International Working Group (IWG) “Women in Sport” conference in Auckland, New Zealand what was evident is that for as much progress that has been made in respect of women and girls in sport and physical activity there is still a long way to go.

“My travel to Auckland was supported by ANOC and the T&T Olympic Committee (TTOC). My participation as an international panelist was on the recommendation of Liz Dawson- New Zealand Olympic Committee president and an invitation from Pauline Harrison, chair of the eighth IWG Conference.

“I look forward to sharing, discussing, raising awareness and progressing the concept of male allyship with my colleagues in the Commonwealth and Olympic Movement.