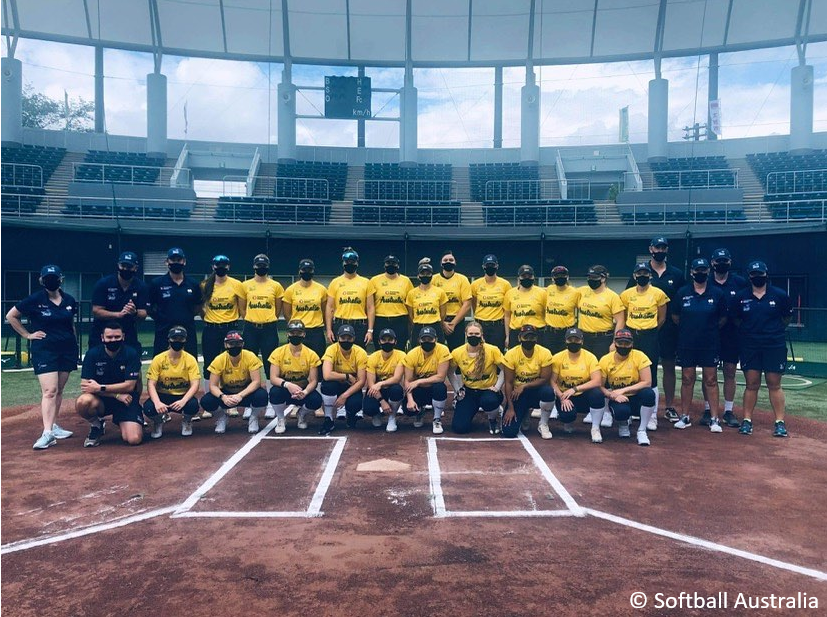 The Australian softball team arrived in Japan on 1 June for a pre-Olympic training camp becoming the first foreign national team to have entered the country for training ahead of the Games. After the first week, the team has spoken very positively of their experience so far.

The softball squad is taking part in a 47 day camp in the city of Ota, 80km outside of Tokyo. All members of the team have been vaccinated and have been undertaking daily PCR tests with the results taking approximately 24 hours to be received.

The on-field sessions that have been held so far in Ota have been very positive and the stadium has been set up very well, providing the team with everything they need. The feeling among the squad is said to be very positive and activities have been set up away from softball to keep the athletes engaged, including use of the gym, a gaming area, yoga sessions and trivia nights.