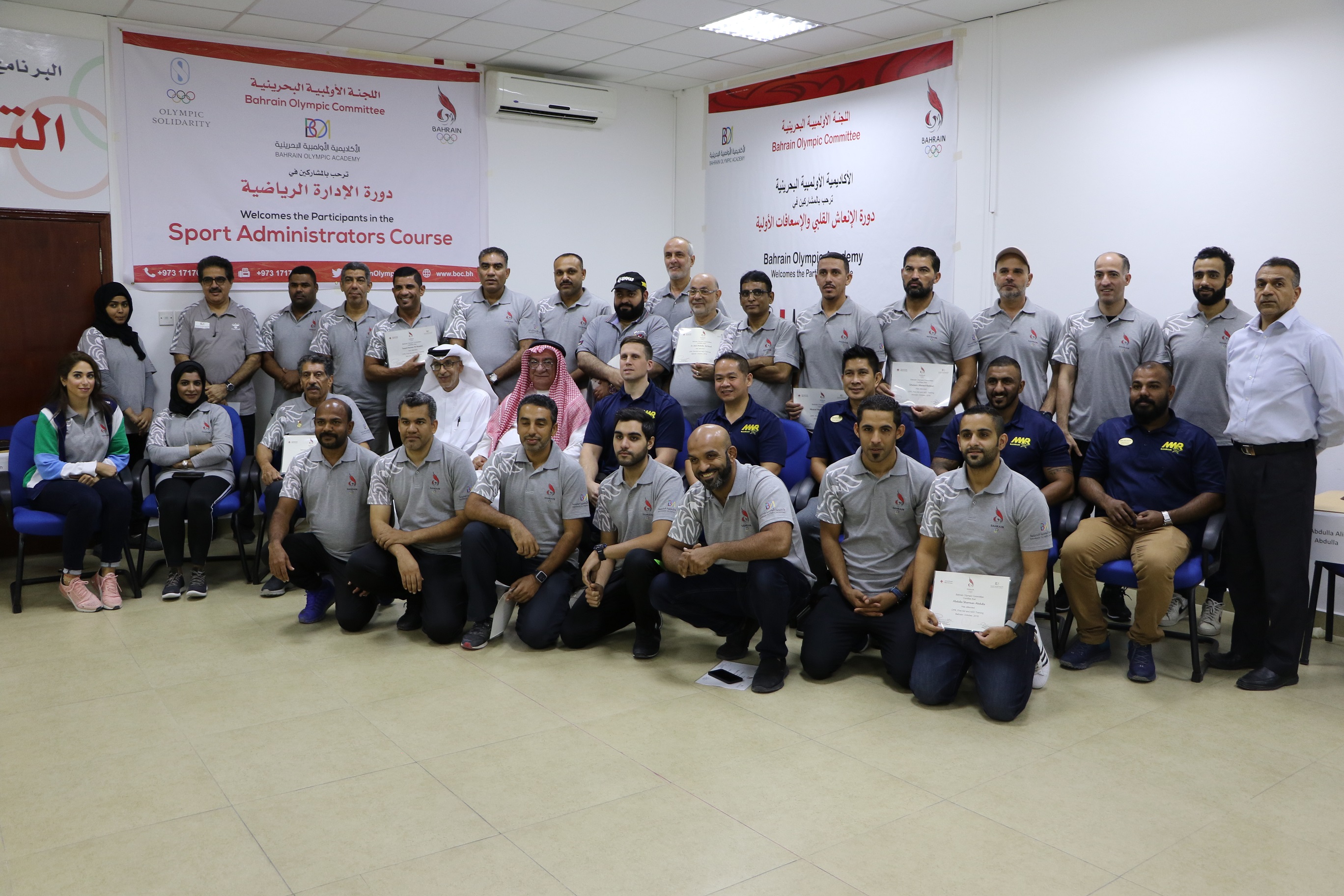 This two-day event was organized in cooperation with the American base in Bahrain, and was presented by a team of experts in this area.

The course was as per directives of Shaikh Nasser bin Hamad Al Khalifa, Representative to His Majesty the King for Charity Work and Youth Affairs, Chairman of the Supreme Council for Youth and Sports, and the president of the Bahrain Olympic Committee, in an attempt to avoid the increasing phenomena of sudden death among athletes in Bahrain.

the National Olympic Committee sports affairs executive director Abduljalil Asad was also present on the concluding day of the course and presented the certificates of participation to all attendees.

Asad stressed the importance of the course, which aims to acknowledge sport-related authorities on how to perform CPR procedure, which would help in saving lives of many people in the future.

“We are proud today to set the graduation of the first batch of this programme, which is within the framework of Shaikh Nasser initiatives to develop all solutions to reduce sudden death which took the lives of many citizens and expats alike during the past few years,” said Asad.

“Now we are delighted to see a large number of federations and clubs representatives to take part as we seek to draw more attention in future events to spread awareness on CPR and first aid procedures”.