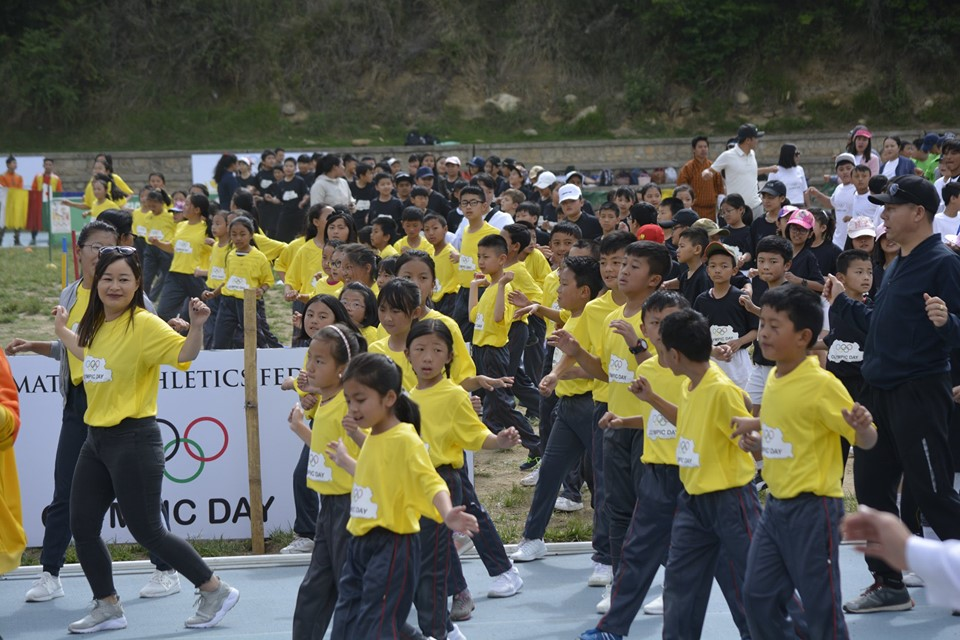 Thimphu, Bhutan, June 10, 2019: The 9th Olympic Day Celebrations organised by the Bhutan Olympic Committee was attended by more than 750 students, teachers and officials from six schools on Sunday.

A total of 10 sports disciplines were introduced to over 600 students, 70 teachers and volunteers from six schools under Thimphu Dzongkhag, and about 80 officials from National Sports Federations and the Bhutan Olympic Committee. The event was staged at Lungtenzampa Athletics Arena.

The Olympic Day Celebrations encourages the organization of a wide range of activities inspired by Olympic values. These include sporting events encouraging people, regardless of age, athletic ability and gender to move and experience new sports.

More than 10,000 students across the country have been involved during the Olympic Day Celebrations which is held annually since 2011. The Bhutan Olympic Committee in its endeavour to promote Sports For All has been taking this annual event to various parts of Bhutan.