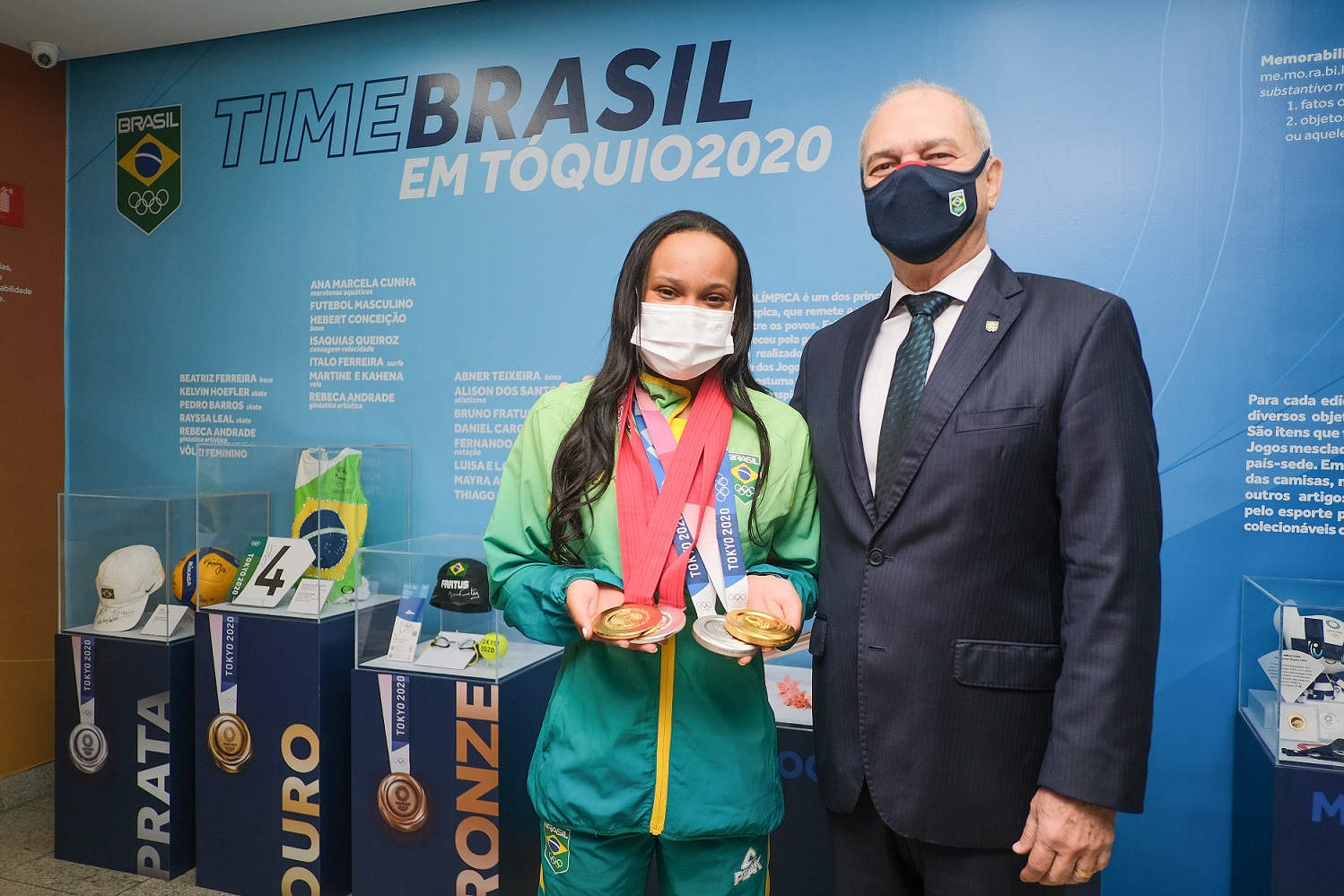 The Brazil Olympic Committee (BOC) inaugurated last Thursday, 4th November, at its headquarters in Rio de Janeiro, an exhibition of items used by Brazilian athletes in the Olympic Games in Tokyo 2020.

Olympic and world champion gymnast Rebeca Andrade was the guest of honour of the launch and was thrilled to see one of her training suits used in Tokyo on display, where she won a gold and a silver medals. She was welcomed by the NOC President, Paulo Wanderley, and by the Director of Communication and Marketing Manoela Penna.

“Rebeca’s presence at the opening of this exhibition at our headquarters is a gift. This initiative of the NOC, through our Culture and Olympic Values ​​department, is unprecedented. Bringing the objects of athletes who competed in the last Olympic Games is very gratifying and more than fair for all they achieved in Tokyo. Preserving the memory of national sport is one of the main missions of the Brazil Olympic Committee”, said the NOC President.

The exhibition’s collection includes items such as a piece of Italo Ferreira’s broken board from the Olympic surf final; swimmer Bruno Fratus’s cap and goggles in the 50m freestyle final; the cap of silver skater Rayssa Leal; the number of Isaquias Queiroz’s Olympic champion boat; as well as tennis and volleyball balls signed by the Brazilian medalists at the Games.

The exhibition has also the Tokyo Olympic Torch and 25 other items from the NOC´s memorabilia collection, such as mascots, pins and medals related to the Tokyo Games.

The Brazil Olympic Committee has a collection of more than eight thousand pieces, including torches, medals, mascots and other objects of Olympic memorabilia.

“The exhibition we open today is a small demonstration of this rich collection of the NOC. With it, we want to portray the entire construction of our country’s Olympic history,” said the Director of the Communication and Marketing of the NOC.