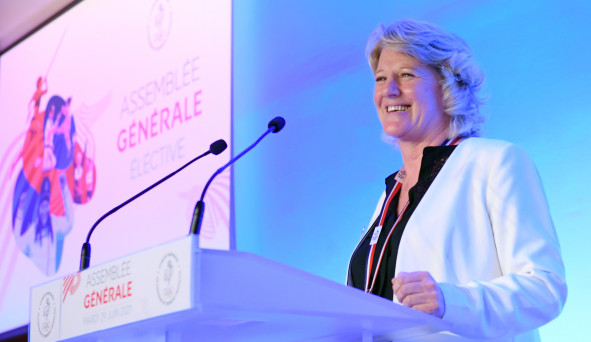 Brigitte Henriques was elected President of the French National Olympic and Sports Committee (CNOSF) at the CNOSF General Assembly on 29 June.

Henriques received 57.87% of the votes at the end of the first round of the election in which Emmanuelle Bonnet-Oulaldj, Thierry Rey and Patrice Martin took part.

Henriques was vice-president of the CNOSF in charge of the development and diversity of practices during the previous term of office. She has been Deputy Vice-President of the French Football Federation since 2017 after having been its General Secretary since 2011; in charge of the development of women’s football and the “Sport and Handicap” and “Football at school” files. She has also been general secretary of Fondaction du Football since 2014 and is vice-president of the local Organising Committee for the 2019 Women’s World Cup.