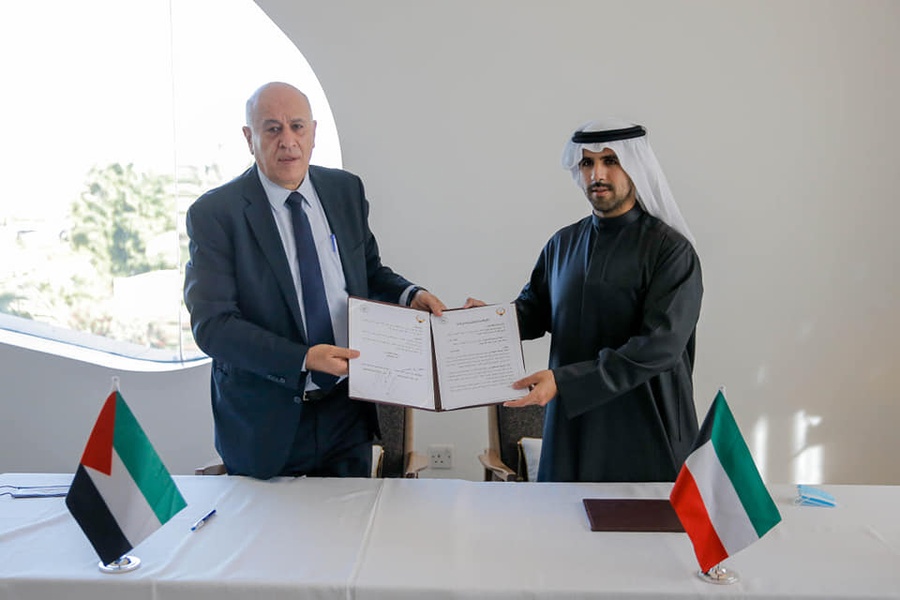 The agreement is for four years and aims to strengthen cooperation between the two countries in all aspects of sport such as the exchange of sports delegations and knowledge-sharing to develop technical and medical staff as well as athletes.

The exchanges will also include information and marketing and logistical services for organising sports events.

The Palestinian sports leader was welcomed by the President of the Kuwait Olympic Committee, HE Sheikh Fahad Nasser Al-Sabah, members of the NOC Board of Directors, management and staff. Maj. Gen. Rajoub noted that this cooperation agreement built on the historic relations between the two brotherly countries and affirmed the strong bond between them.

For his part, Sheikh Fahad Nasser Al-Sabah emphasised the importance of this agreement as it would contribute to the development of the sports sector in Palestine and Kuwait and would develop all elements of the sporting system in the two countries.