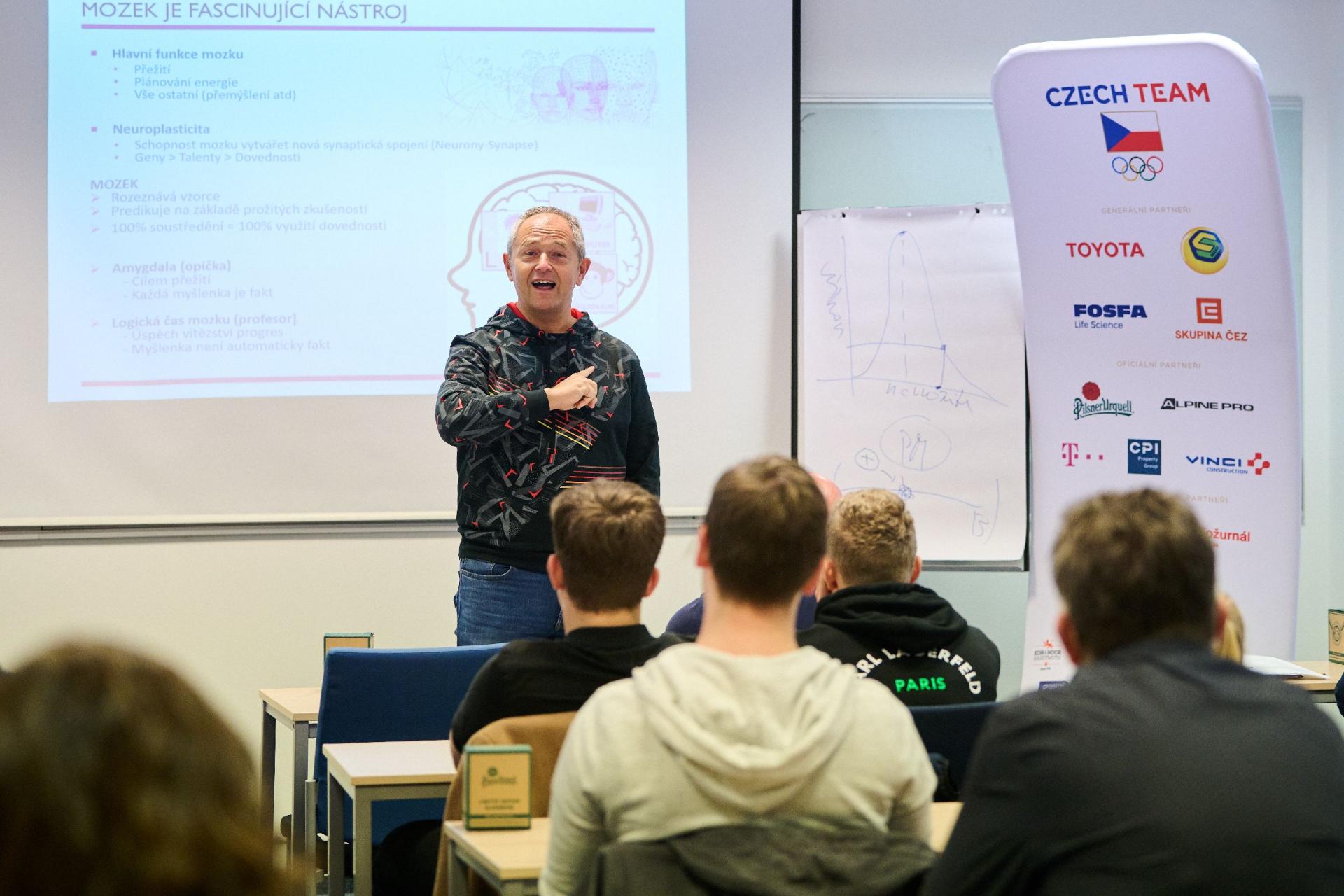 The Czech Olympic Committee facilitated a seminar on mental training for 60 athletes as part of the project to support Olympic preparation.

The all-day seminar took place on the premises of the University of New York in Prague , which is the supplier of the Czech Olympic team in the field of education. In a packed room, Olympic championx, promising athletes and coaches sat next to each other and listened to Jan Mühlfeit’s lecture on mental training.

The sports director of the Czech Olympic Committee Martin Doktor  said that events like the seminar on mental training are very beneficial for athletes and coaches: “We are preparing for the Olympic Games in Paris , so we are continuing the Olympic preparation support project, which includes, for example, respiratory and vision training , injury prevention, nutrition and also just mental training. It is a very important part of sports training.”

Petr Hrdlička , a sports shooter and Olympic champion in the trap from  Barcelona in 1992 , who is also the coach of Jiří Lipták and  David Kostelecky , took part in the lecture . “It’s an interesting interpretation. I immediately imagine how I will use it in coaching practice. Everything is moving forward and we have to be ready for it. You can model different situations in training, but training is never like a race. That’s why mental preparation is important,” emphasized Hrdlička.