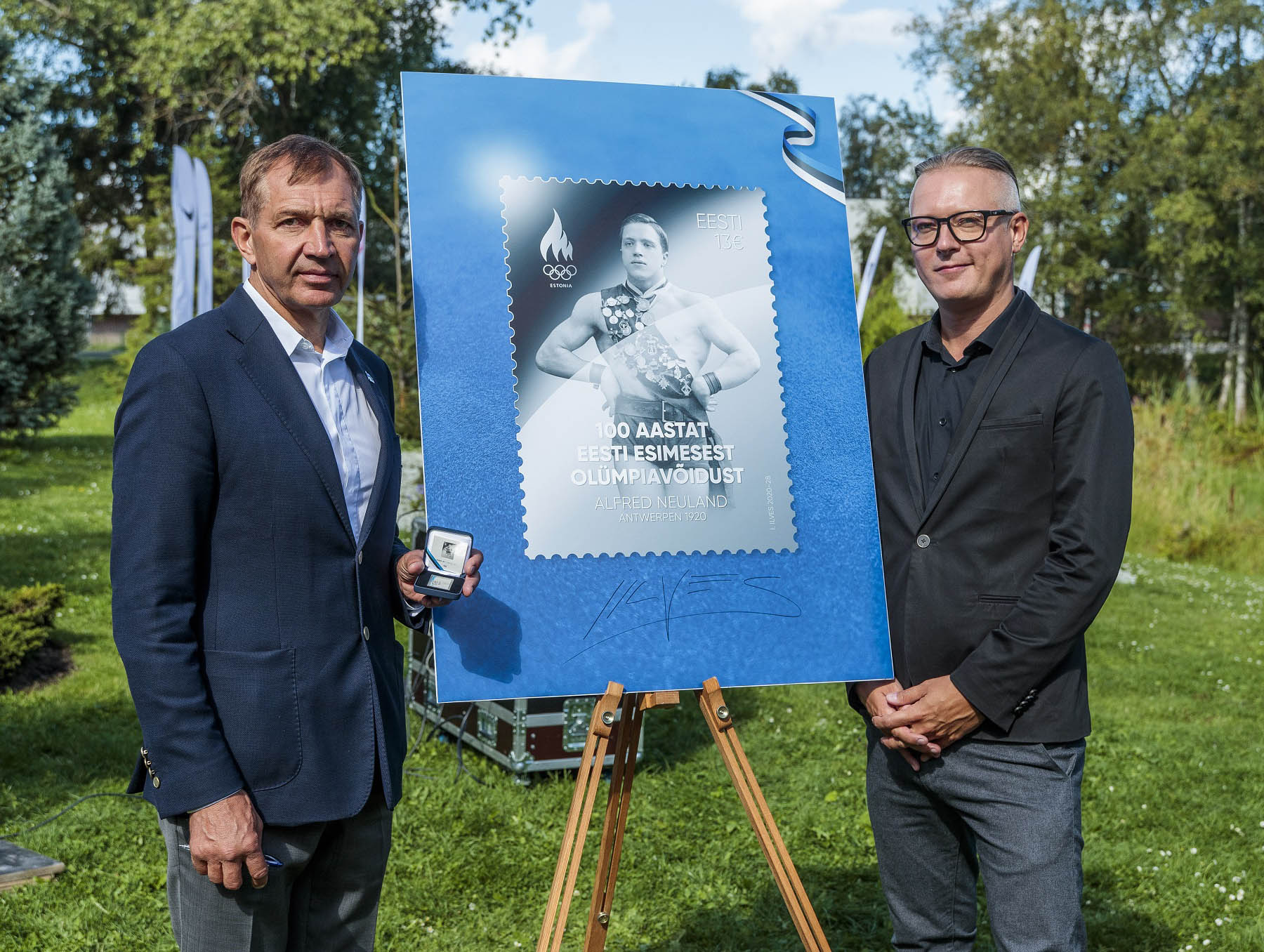 The Estonian Olympic Committee has celebrated 100 years since its first Olympic gold medal, which was won by weightlifter Alfred Neuland at the Olympic Games Antwerp 1920.

To celebrate the 100th anniversary, Estonian Post has issued a stamp made of pure silver depicting Neuland, the country’s first Olympic champion.

Antwerp 1920 was the first summer Olympic Games for the independent Republic of Estonia, which had at the time just become a member of the Olympic family. Joining Neuland were also Jüri Lossmann and Alfred Schmidt who won the first two silver medals respectively in marathon and weightlifting.

President of the International Olympic Committee Thomas Bach congratulated Estonia for reaching this milestone: “Congratulations to Estonia for the 100th anniversary of your first Olympic gold medal. Estonia is an Olympic powerhouse: a small nation that continues to win medals. This victory put you on the map and paved the way for a great Olympic story over the past century in which you have won more than seventy medals.”

“My thanks and gratitude go to the Estonian Olympic Committee under the able leadership of its President Urmas Sõõrumaa for continuing to spread the Olympic values throughout the country. Here’s to the next 100 years of sporting excellence,” added Bach.

During his career, Valga-born Neuland set 10 Olympic and world records. He was also the first two-time Estonian Olympic medal winner having won silver in the middleweight class during the 1924 Games in Paris.

President of the Estonian Olympic Committee Urmas Sõõrumaa said that remembering this historical moment was of great significance for the NOC and the country: “If we look into the circumstances at the time as well as into personalities, it could be said there is no point in podium places unless one’s sporting talents are accompanied by spirituality, will to act and the ability to see the larger picture of society.”

“Alfred Neuland fought in World War I, defended his country, excelled in sport, managed to go to Antwerp and bring back gold. He also was a businessman, coach and referee. I would like to remind our future heroes that doing sports alone could take you to the goal, but victories will be sweeter, and you can become your nation’s legend if you take a broader look at society. Let us hold Estonian sport’s banner high!” continued Sõõrumaa.