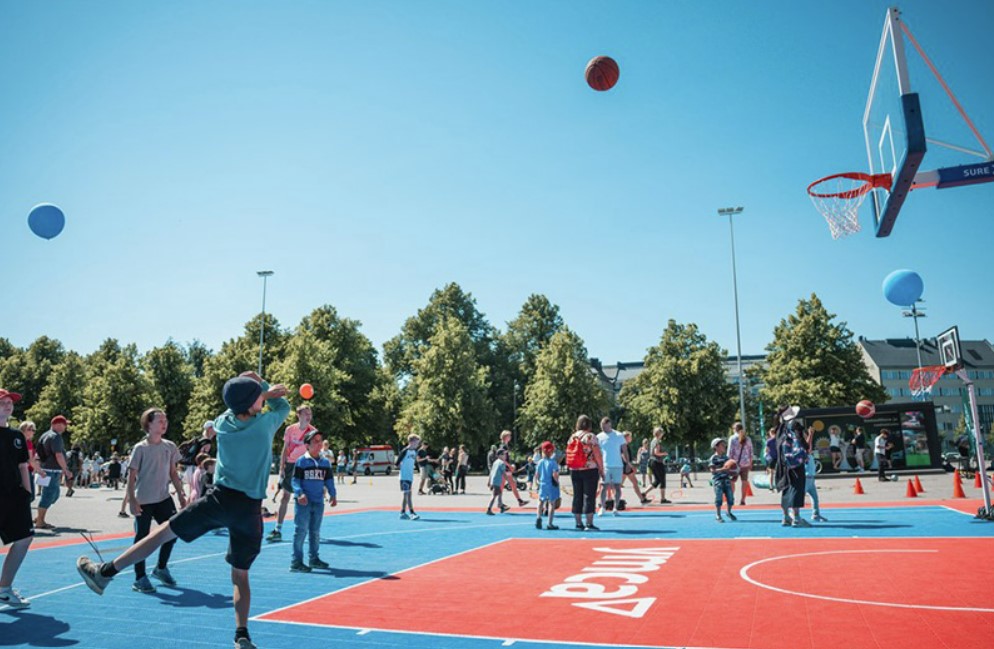 The Finnish Olympic Committee hosted its Olympic day celebrations on 20 July and provided young people with the opportunity to try more than 20 different sports in the Olympic Stadium and the street area outside it. There were a wide variety of sports: frisbee golf, skateboarding, boxing, basketball and just about anything else.

The event attracted 10,000 visitors to the Olympic Stadium to try sports and find the spark of movement for themselves. The day also celebrated the 70th anniversary of the Helsinki Olympics, and the event opened solemnly with the Olympic athletes’ torch relay and the lighting of the Olympic flame. The torch was carried by Olympic representative of rhythmic gymnastics Katja Volkova , Olympic silver medalists in pair rowing Sanna Sten & Minna Nieminen , Paralympic bronze medalist in wheelchair curling Henry Manni and Olympic gold medalist in pair sprint Sami Jauhojärvi , who got to light the fire accompanied by the 1952 Olympic fanfare.