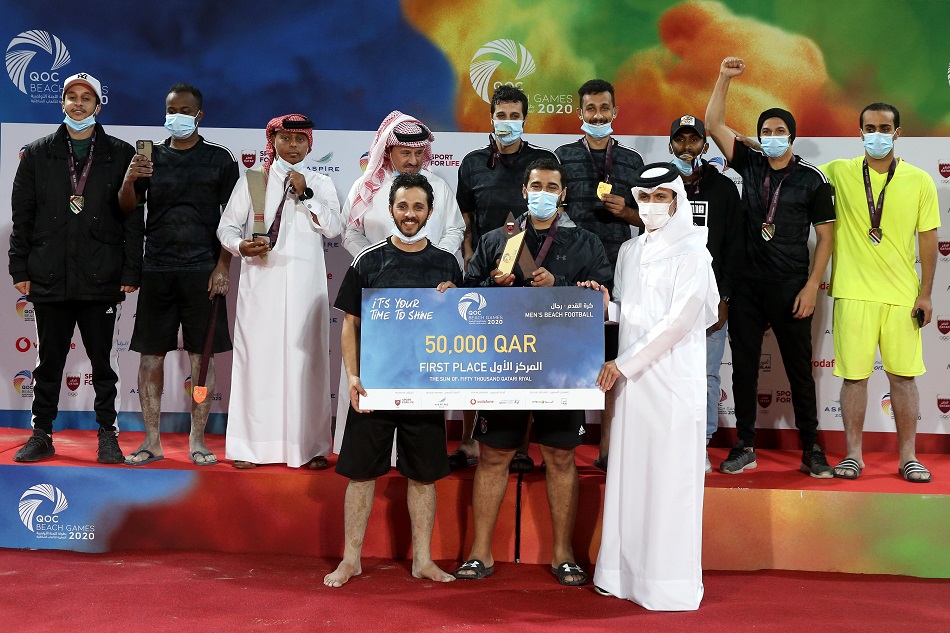 The inaugural Qatar Olympic Committee (QOC) Beach Games drew to a close on Saturday 2 January at the Aspire Park in Doha after two weeks of highly successful beach sports competitions.

The Games was a legacy of the ANOC World Beach Games that were successfully held in the Qatari capital in 2019. During the QOC Beach Games approximately 500 male and female athletes competed in four events – beach volleyball, beach handball, beach football and beach basketball 3X3. One of the many achievements from the competition was the discovery of new talents, especially in the women’s event where several under-16 and under-17 players with potential to join the national teams were discovered.​