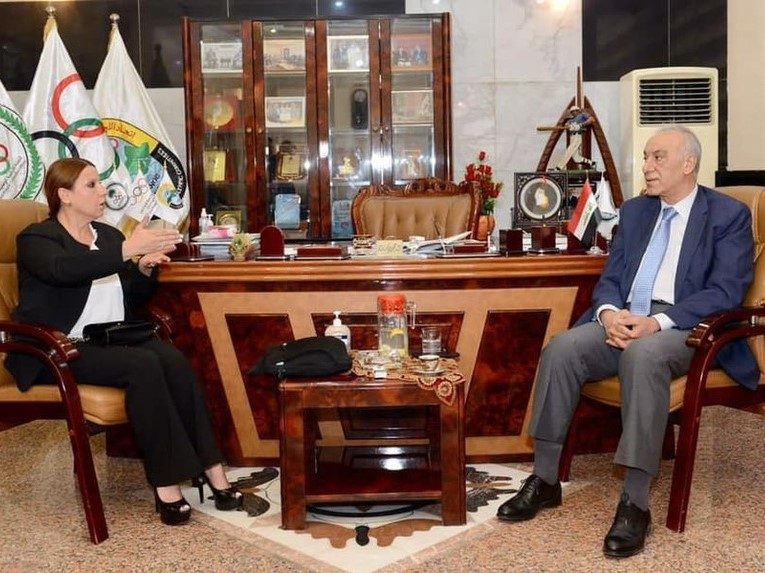 The development of women’s sports was the topic of discussion when the President of the Iraq National Olympic Committee, Raad Hammoudi, met with the Women’s Committee on Tuesday, 21 September, at the NOC headquarters in Baghdad.

The Chair of the Iraq NOC’s Women’s Committee, Dr. Beda Kailan, said the meeting dealt with the project of developing women’s sports through cooperation with supporting ministries, especially the ministries of youth, sports, education, higher education and scientific research. Also high on the agenda was the importance of finding a dedicated headquarters for the Women’s Committee.

Dr. Kailan said the Iraq NOC President had confirmed that the Iraq Olympic Committee would work at signing cooperation agreements with other NOCs to help towards the development of women’s sports in Iraq.

She also said President Hammoudi had assured her that the NOC would work closely with the Ministry of Youth to create infrastructure that would upgrade women’s sports.

Dr. Kalian, who led a five-strong team at the meeting, praised President Hammoudi for supporting the development of women’s sports in Iraq.