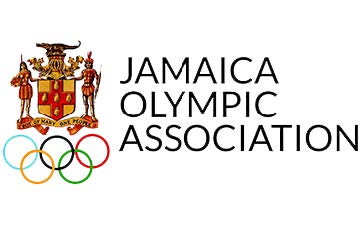 Jamaica Ink Protocol for Corporation with the US Sports Academy

The recent virtual ceremonial signing of a Protocol for Co-operation involving the Jamaica Olympic Association (JOA) and the United States Sports Academy (USSA) is historic and represents success in bi-lateral relationships in education and sport.

The partnership is pioneering for the governing bodies of multiple sports in the Olympic and Paralympic movements and will create opportunities for athletes, coaches, managers and administrators to build capacity and acquire customised skills and competencies by pursuing disciplines at the undergraduate, post-graduate and doctoral levels at the academy.

The USSA has also developed a wide range of post-secondary programmes in multiple disciplines at the certificate and diploma levels that have been delivered in more than sixty-five countries worldwide and has over forty years of experience in providing several sport service programmes.

President of the Jamaica Olympic Association and the Jamaica Paralympic Association, Christopher Samuda, in delivering official remarks at the ceremony, stated that “this partnership places the NOC and the USSA at the epicentre of sport and sport development, which is education, and that what is clear is that sport today has not only won the battle but the war.”

President and CEO of USSA, Dr. Thomas Rosandich, joined President Samuda in lauding the historic partnership and welcomed the opportunity that the academy has been given to yet again deliver value in training and education in sport.

The ceremony was attended by Directors of the NOC as well as officials of the academy and the atmosphere was captured in the comments of the NOC Secretary General/CEO, Ryan Foster, when he said: “Today’s signing of the Protocol for Co-operation represents another milestone for sport not only in Jamaica but regionally and internationally and indeed a legacy from which generations of athletes, sport administrators and professionals will benefit and one which the NOC is pleased, yet humbled, to give to those who we serve”

Bi-lateral partnerships, mutuality and co-operation across borders in sport are essential elements of the NOC’s external affairs policy which sees the import of knowledge and know-how, particularly in the sciences, and the export of local managerial and coaching talent in specific disciplines as it uses sport as a unifying force.

Samuda encapsulates the apex body and national association’s approach and policy when he said at the ceremony: “In a world besieged by man-made and environmental pandemics and mutant variants and strains, sport brings people together despite the common enemy. In a global village where inhabitants are separated by continents and hemispheres, sport bridges the divide over oceans and seas. On this earth where we all do not speak the same language, sport teaches us a common language of friendship, mutuality, respect, understanding and co-operation.”