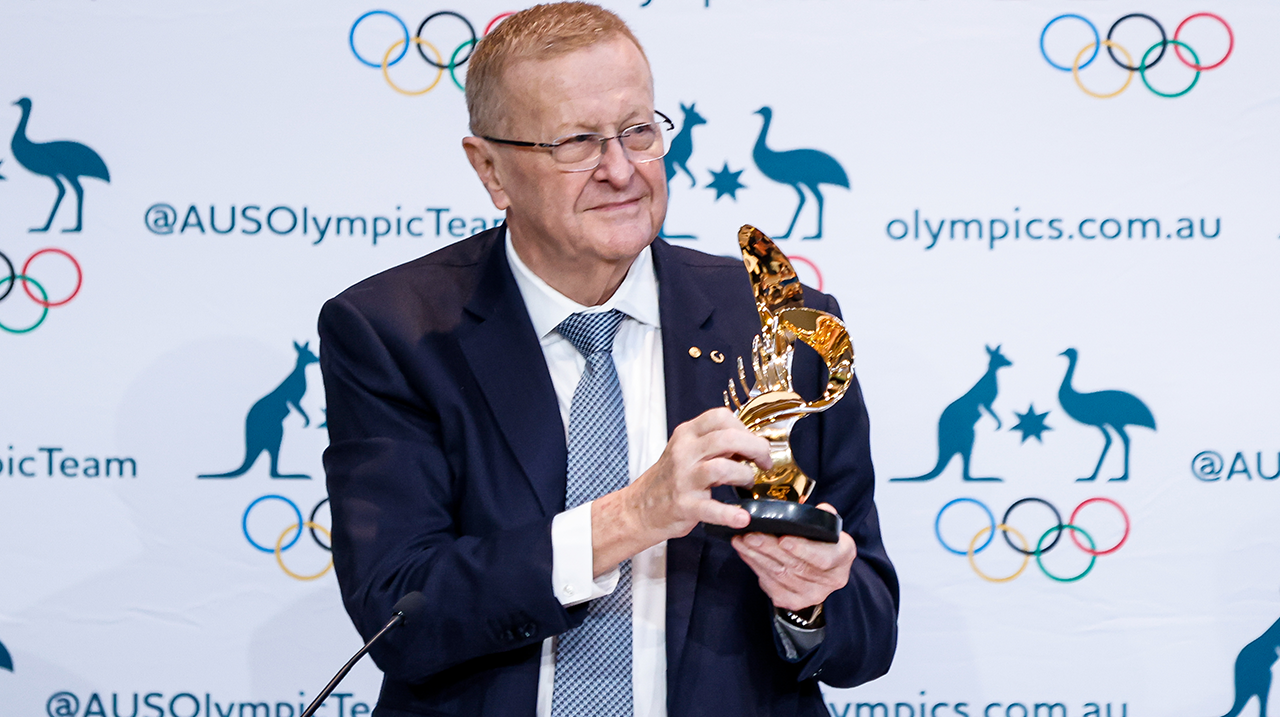 John Coates steps down as AOC President after 32 years

John Coates today stepped down as Australian Olympic Committee (AOC) President at the AOC General Assembly in Sydney after serving in the position for 32 years.

IOC President Thomas Bach attended the meeting and presented John Coates with the IOC President’s Trophy for his contribution to the Olympic movement.

Speaking at the General Assembly and delivering the ‘State of the Olympics Presidential Address’ for the last time, Coates said:

“In my 32 years as President, we’ve followed what has become known as the Bach mantra: ‘Change
or be changed.’ Moreover, I think we’ve evolved in the right way and that has helped us achieve a lot.

“We have also assisted more Indigenous athletes than ever to represent Australia and pushed hard for
the rise of women in sport and women’s sport. These are both terrific achievements but ongoing tests: as we lift the bar, we must keep jumping over it. Because our Australian Olympic team is one way in which Australia communicates to the world. Our Olympic team must always express that Australia is, or at the very least aspires to be, a peaceful, cohesive, and equal society where everyone gets their chance.

The AOC will continue to achieve wonderful things, provided we mind the ‘true north’ on our
decision-making compass: our independence. Independence from the politics of the day and the corrosion this can cause. It is our independent pursuit of Olympic ideals which makes it possible for us to do what we do –so well: To help Australians chase their dreams.
Today, with a full heart, I thank you for giving me the chance to live mine.”

Acting ANOC President Robin Mitchell and ANOC Secretary General Gunilla Lindberg joined the many voices around the Olympic Movement in paying tribute to the work of Coates over the last three decades.

“John has been such an important member of the NOC family for the last 32 years. Of course as AOC President, he has overseen a hugely successful period for Australia in the Olympic Movement. There is no other NOC President in the world today who has secured two Olympic Games for their country. But his contribution has extended far beyond Australia. In his role as an IOC Member and on numerous IOC Commissions, particularly the Coordination Commissions of London 2012, Rio 2016 and Tokyo 2020, he has always defended the rights and interests of the NOCs.

“At ANOC, we have always enjoyed excellent and close cooperation with him and we look forward to continuing to working with him in the years ahead. As a member of the Organising Committee of the Olympic Games Brisbane 2032, we are sure his experience will ensure the best environment for NOCs and their athletes.”