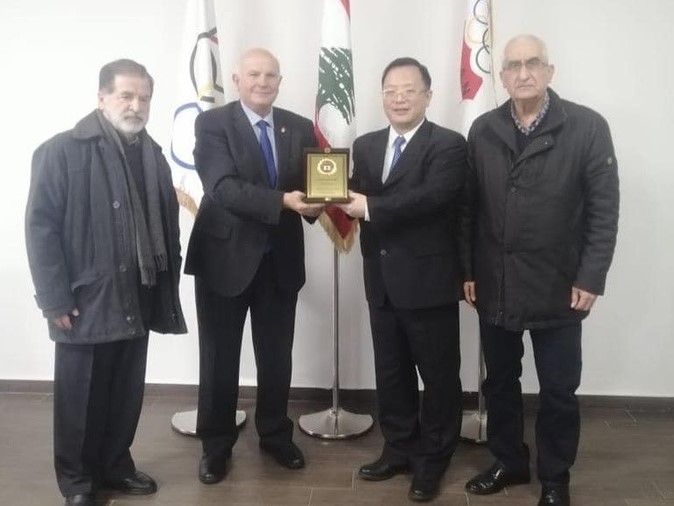 The NOC President was addressing the Chinese Ambassador to Lebanon, Qian Minjian, who visited the Lebanese Olympic Committee headquarters in Baabda on 19 January.

Ambassador Qian handed over a proposed cooperation agreement between the two NOCs and thanked the Lebanese Olympic Committee for the reception.

President Jalkh said he was hopeful of building better relations with the Chinese Olympic Committee, and also wished China a successful hosting of the Beijing 2022 Winter Olympics.

The pair also discussed the administrative and logistical preparations for Lebanon’s participation in the Beijing 2022 Winter Olympics, Lebanon will be represented by three athletes in alpine skiing and cross-country skiing.

Ambassador Qian also briefed his hosts on the measures being taken by the Chinese authorities to ensure the safety of all athletes and officials at the Beijing Games from the Covid-19 pandemic.